The Most Beautiful Woman in the World Award

Priscilla LeeDecember 30, 2021Comments Off on The Most Beautiful Woman in the World Award0763

My adoration for women is actually a rather innocent one if I am allowed to judge myself. I will be more than happy to outline the criteria that define my own judgment because it’s not righteous to be one’s own judge. But, I think I will let my results speak for themselves. 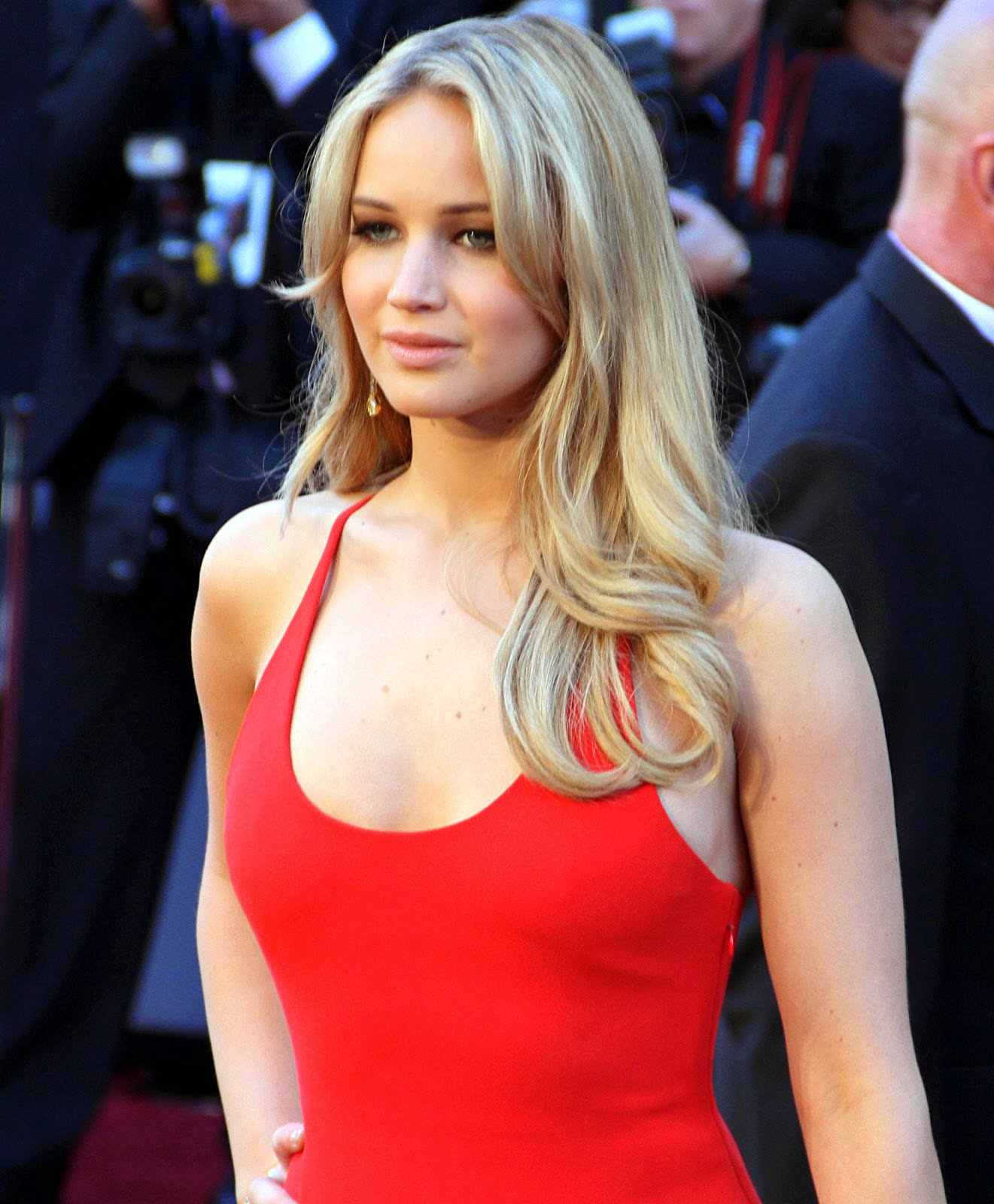 The most beautiful woman in the world, for most exotic beauty, goes to Jennifer Connelly. I cannot get her hair out of my head from the movie Blood Diamond. Of course, she’s in the bushes in West Africa following the story of conflict diamonds and doesn’t have time to set up an appointment with a hairdresser. But when someone can be that gorgeous even under those circumstances, that’s what drives me wild. Forget the fact that I’ve been in love with her since I first saw her in Labyrinth, and I’ve followed her career throughout some of my most favorite movies, including House of Sand and Fog, Dark Water, and He’s Not That Into You. Jennifer Connelly steals away with the most beautiful woman in the world for the most exotic beauty.

The most beautiful woman in the world, for absolute adorability, goes to Jennifer Aniston. Bursting onto the scene in Friends, she caught everyone’s attention with her rich-girl innocence and amazing beauty. The Rachel hairdo became a national hit. Millions of girls tuned in every week to see what she was wearing. Even though she couldn’t miss no matter what she wore, she had some of the most famous outfits, including the green dress in TOW No One’s Ready, the yellow dress in TOW All The Kissing, and the black dress TOW Monica’s Thunder. Rachel Green owned that show, and Jennifer Aniston starred in such favorites as Office Space, Along Came Polly, and The Break-Up. Jennifer Aniston sweeps the votes for the most beautiful woman in the world for absolute adorability.

Another unexpected beauty comes from The Office in the form of Angela Martin. The most beautiful woman in the world, for pure loveliness, goes to Angela Kinsey. She plays the straight-laced accountant who can’t stand inappropriate behavior, excessive indulgence, or frivolous activities. However, she has an affair with both Dwight and Andy while showing us that she, too, is human and not above temptation. But then, I saw Angela Kinsey sport a turquoise blouse with black shorts, high heels, and straight blonde hair. That’s when I realized how perfectly gorgeous she really was. That was just the first of many enjoyable other-than Office sightings, including the red bikini top and cut off shorts on a day at the beach with her daughter, the blue dress at the premiere of “Meskada” after-party, and a slew of red carpet outfits that knock me dead every time I see her. Angel Kinsey blasts the competition away for the most beautiful woman in the world for pure loveliness.

The most beautiful woman in the world, for stunning angel, goes to Emily Procter. Of course, I first noticed her as Calleigh Duquesne in CSI: Miami, a beautiful detective who was nice to everyone but stern at times when the situation called for it. The first episode I watched was when a new officer was being introduced to the force, and one of his first duties was as an observer of everything Calleigh was doing. She explained a few things to get him up to speed, and then she welcomed him to the Miami Dade Police Department. Her eyes stayed fixed for what seemed like an eternity, and she flashed that smile that would haunt me for years—Emily Procter triumphs as the most beautiful woman in the world for a stunning angel.

The most beautiful woman in the world, for sheer elegance, goes to Sasha Alexander. In her first memorable performance, she hit the scene as Gretchen, Pacey’s older sister, in the wildly conflicted, overly dramatic, idealistic world of Dawson’s Creek. She and Dawson share a romance that is encumbered with too much thinking and not enough spontaneity, even though once in a while, you see sparks of an actual relationship in there somewhere. She immediately became one of the actresses who holds the status, “If she is in it, I will watch it.” Hence, my attention turned to NCIS when I saw her pure gorgeousness grace the show as the big sister type to the team. Obviously, I was heartbroken when Ari murdered her. But, Rizzoli & Isles have become the balm that soothes all ails. Sasha Alexander gallops away with the most beautiful woman in the world for sheer elegance.

The most beautiful woman in the world, for unmatched brilliance, goes to Beth Riesgraf. Repelling into my life as Parker in Leverage, she is a bit naïve about certain facts of life even though she is remarkably skilled in cracking safes, scaling buildings, and gaining entrance, whether legally or illegally. The stern look comes across her face when she is thinking about something as deep as she can, but her smile is mesmerizing. You melt when you see her fifty gorgeous expressions. Where has she been all my life? She pulls off beautifully the rock and rolls blonde, the straight hair formal, and the runway yellow dress with designer pocketbook to match. Beth Riesgraf lifts the most beautiful woman in the world for unmatched brilliance.

The most beautiful woman in the world, for total whiplash head turner, goes to Katherine Heigl. When you see her smile from the side in that infamous “sucker” scene in The Ugly Truth, your heart passionately screams, “I want to be in that guy’s shoes.” She’s down-to-earth playful, seriously red carpet hot, and even pulls off the bad hair day with beauty most runway models would die to embody. I think I love her most when she’s facing her own mortality in Grey’s Anatomy “Good Mourning” or facing someone else’s “Dream a Little Dream.” It’s in those deadly serious moments that you find her true beauty glowing from within. Katherine Heigl rules the most beautiful woman in the world for a total whiplash head turner.

The most beautiful woman in the world, for pure enchantment, goes to Christi Paul. The CNN’s Headline News anchor as well as for In Session on truth. She is the ultimate girl next door with the prom queen beauty. But, some Miss America aspirations could have come true, as witnessed by her climb from Miss Mansfield to Miss Greater Cleveland as she worked her way up to running for Miss Ohio in 1993. WDTV was smart to hire her as broadcast journalism seems to be in her blood. And now you know where I get my news spoon fed from every day. Christi Paul wears the most beautiful woman in the world crown for pure enchantment.

Robin Meade certainly shares the title of pure enchantment along with Christi Paul. With her adorable laugh and the new style she has brought to the news, I stay on top of what’s going on in the world today, and it’s easy to figure out why. Plus, Robin’s song Welcome Home is a touching tribute to the troops fighting overseas, which means a lot to a veteran like me. But, the reason why I step out of protocol and share a title between these two gorgeous anchors from CNN is that their lives are so totally similar. Robin Meade was born in Ohio in 1969. However, she became Miss Ohio in 1992 and was one of the top ten finalists in the 1993 Miss America Beauty Pageant. They both are married with children and living in Georgia. So, I tap Robin Meade to share the most beautiful woman in the world for pure enchantment with Christi Paul. It’s the most beautiful woman in the world, for crying out loud! I’m sure they don’t have a problem sharing it. 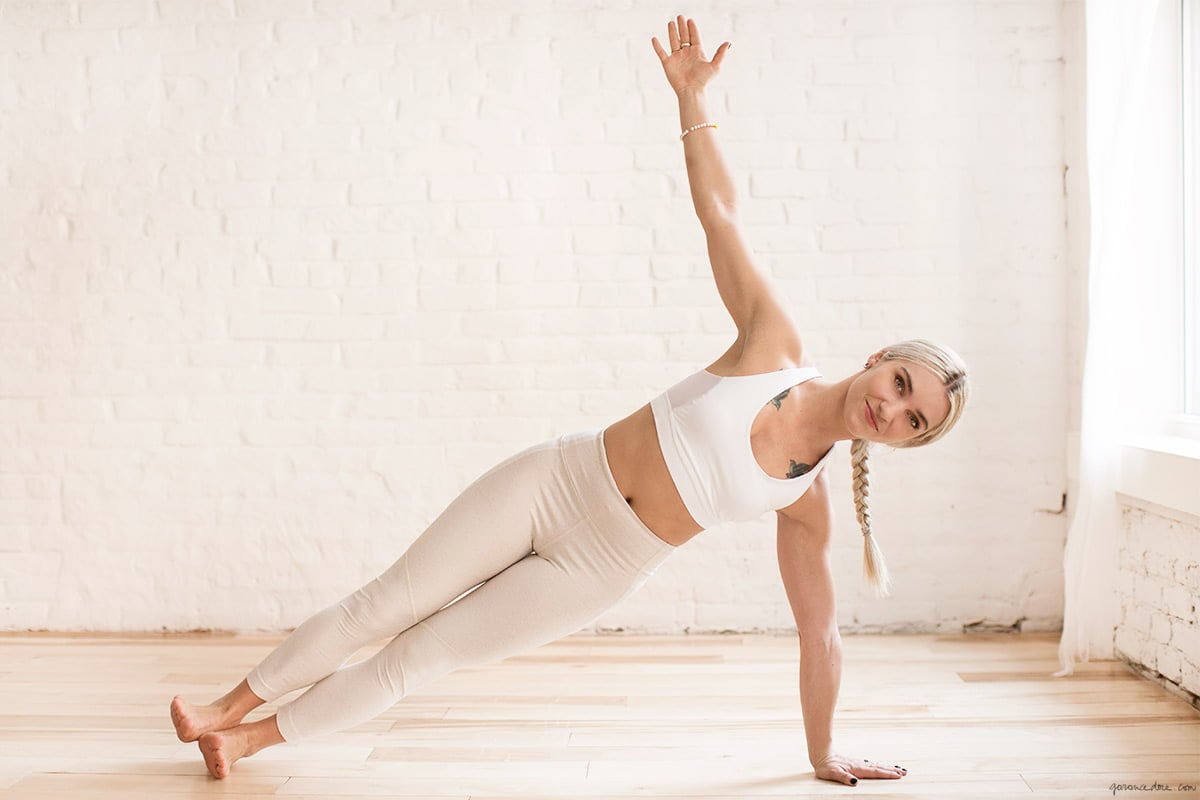 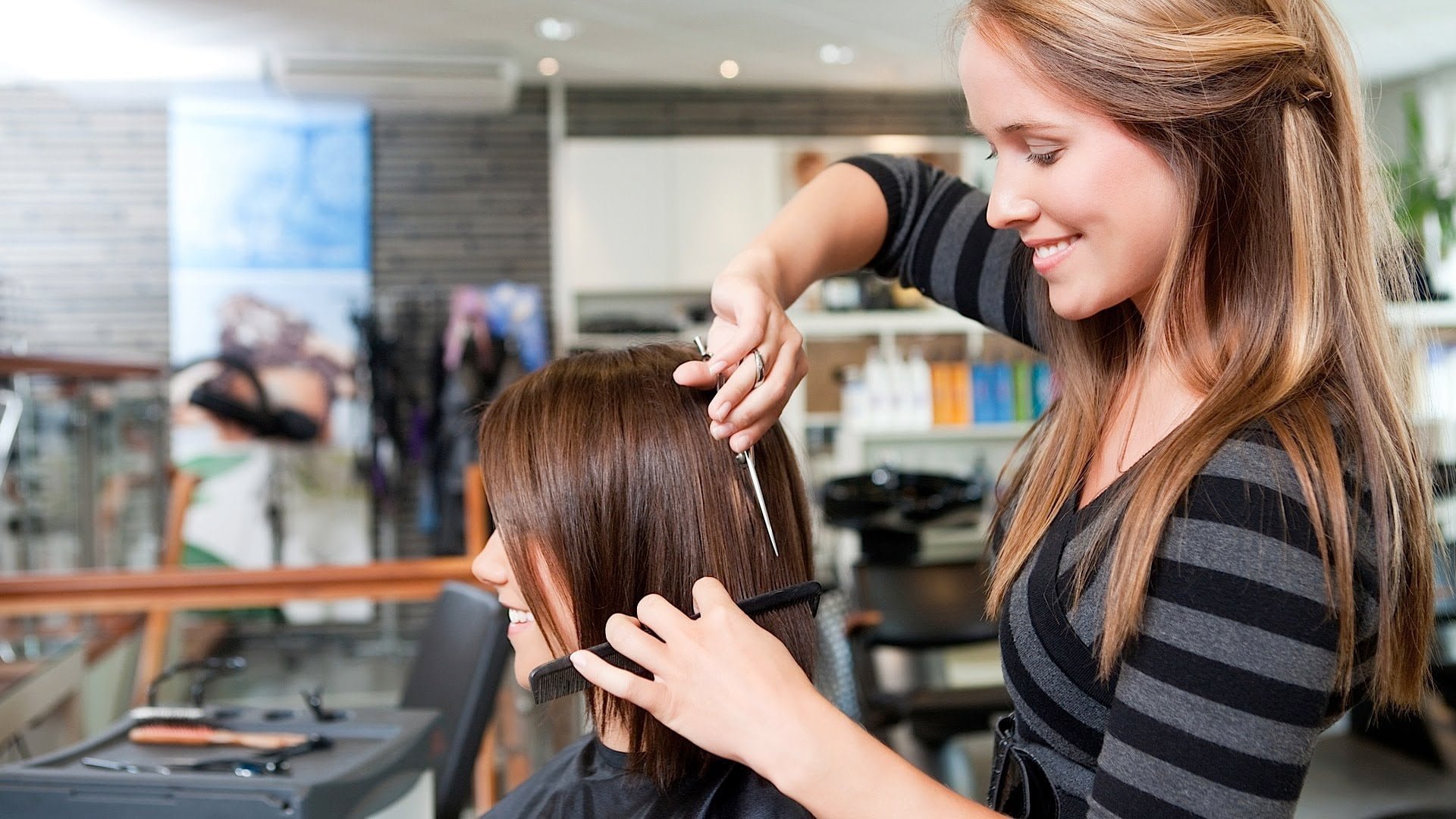 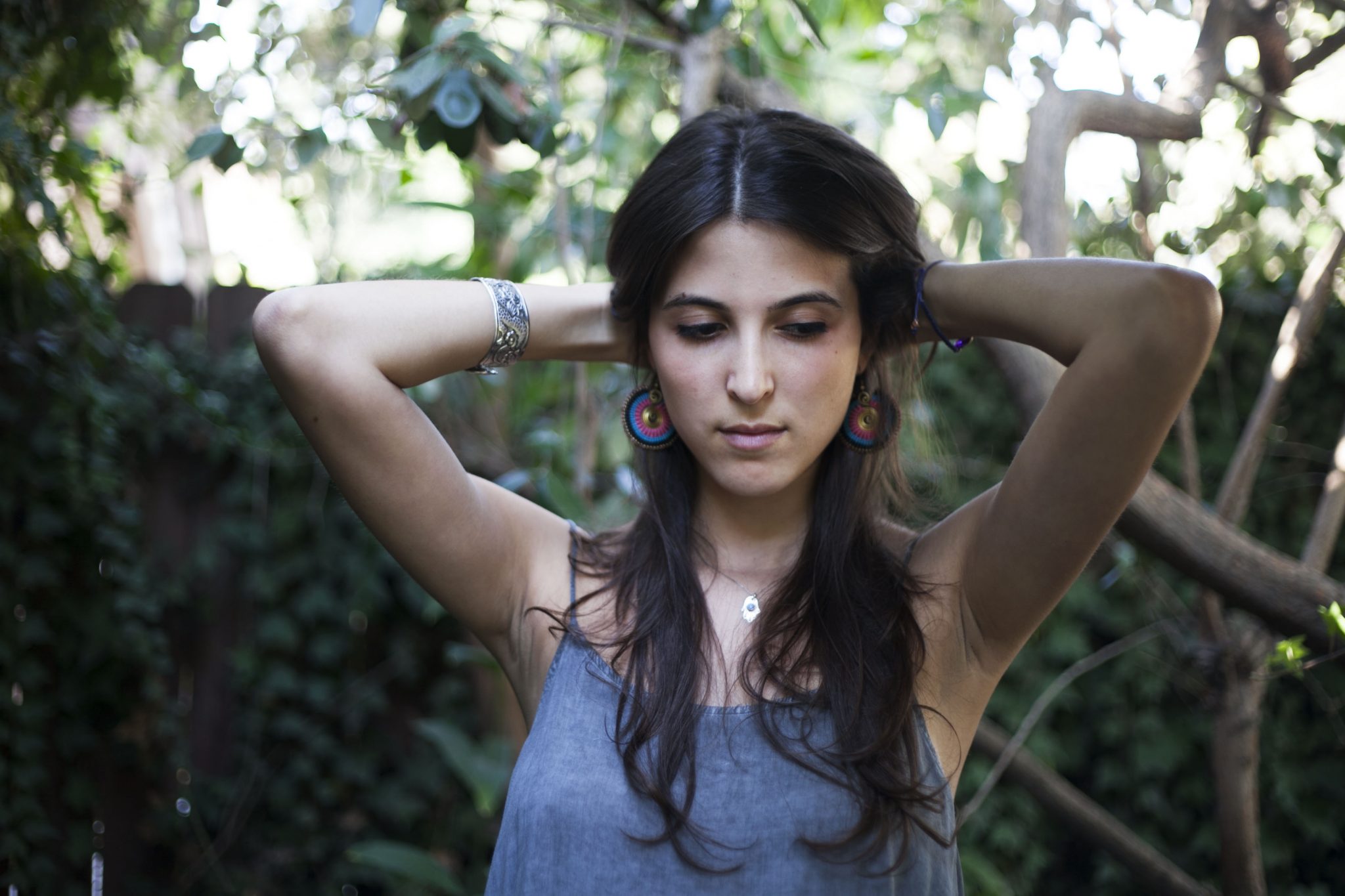 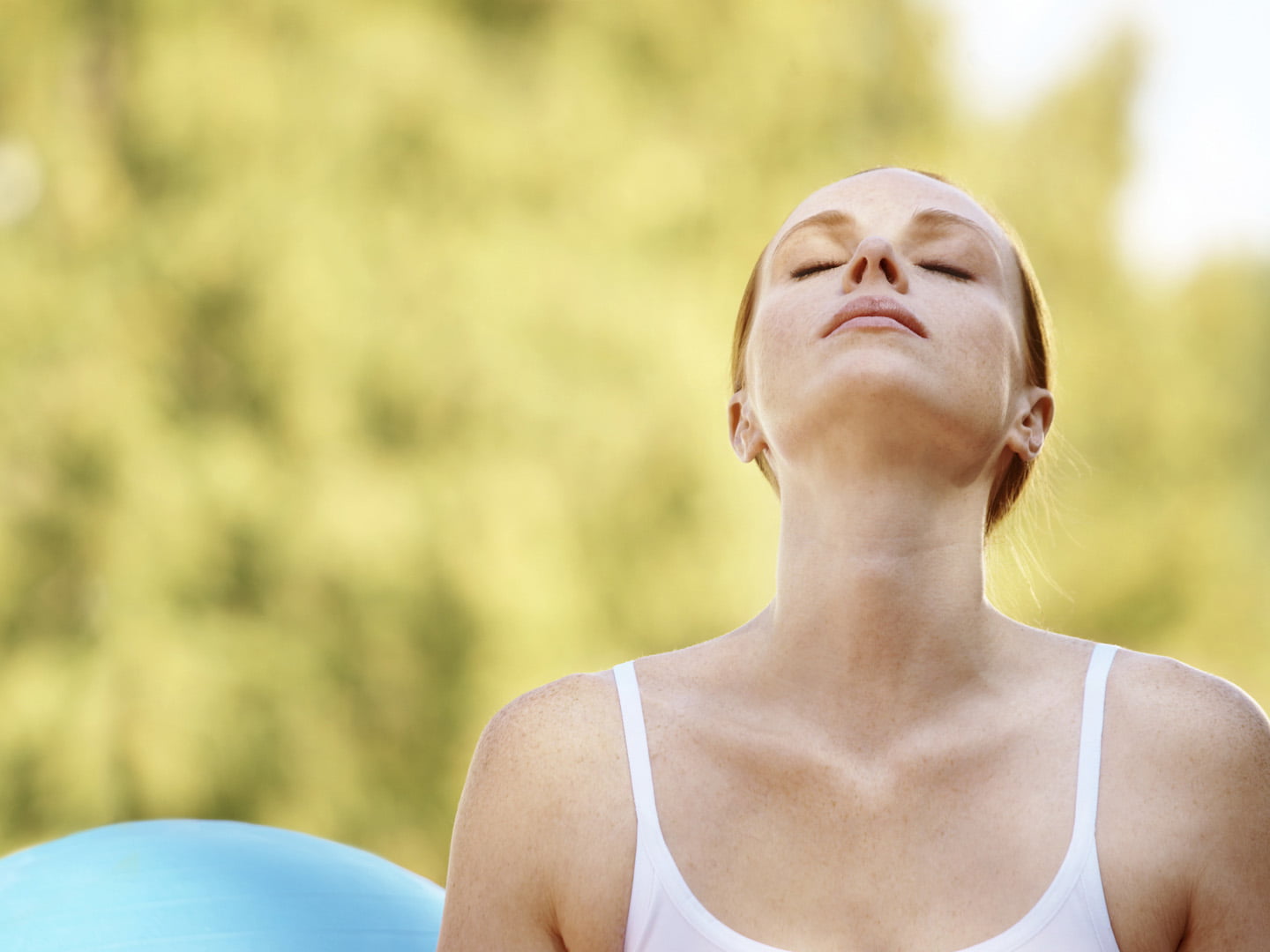