The reign of the Xbox is almost over. As of late, the PS3 has been looking better and better. It looks like 2008 will be the year of the PlayStation. PlayStation 3 has many big-name titles coming out this year, and if all games from the list are actually released this year, all we can say is WOW. Note: The following list in no way represents the entire list of exclusive titles for each console. However, it gives us a pretty good idea of the games rumored to be released this year. 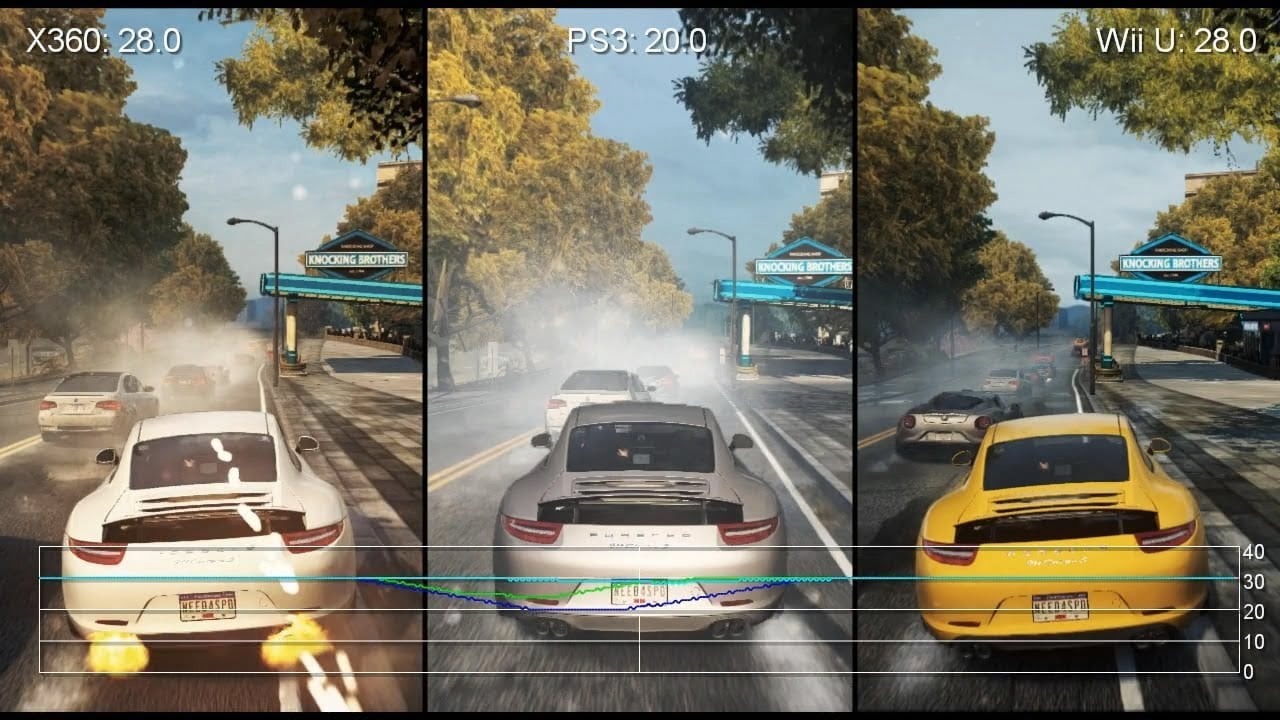 Guaranteed success. While the first was a great game and fairly big success, it was still just a launch title. Imagine what they can do after a couple of years and games under their belt. 8 player Co-Op! Expect big things from this game.

Another guaranteed success. Anyone who plays Gran Turismo will grab this game. If you’re a fan, you’re a fan. The visuals continue to improve, HD replays, ‘Nuff said!

Hopefully, the game will finally end its long series of delays this year. This game promises intense action, including 4-player co-op, drop-in, drop-out, split-screen, online, or local multiplayer options. The game continues to impress visually, with not only the quality of graphics but the very cool, unique design elements.

Who doesn’t know about this game? The game is still months away and is already epic. If any game could live up to the hype this game has garnered, leave it to Solid Snake, old or young. Like most of the games on this list, the visuals are amazing. The game looks to pack in an enormous amount of story and gameplay. The game features a immense arsenal of weapons and combat/stealth moves. If you own a PS3, you are almost required to buy this. You know you will.

Still, early on this title, few details have been released. The game will support up to 32 players online—customizable weapons much like SOCOM 3. Also, like the previous SOCOM games, the focus will be online multiplayer. Early word says this one will go the way of Warhawk, offering online-only possibly with a Bluetooth headset and all. After all, the original SOCOM kind of pioneered headset use on consoles.

Possibly one of the most innovative, cute, and anticipated games of the year. Little Big Planet looks to expand the PS3 audience with this “build-your-own-game” game. Eat your heart out, Nintendo Miis; this game looks great. The sheer level of creativity allowed is staggering. The game also supports 4-player co-op and versus. Plus, it’s kid-friendly without being offensively cute.

The PS2 went out with a bang (though it’s still hanging in there) with the original God of War, and most recently, it’s the sequel, still on the aging console. People have been waiting for a true “next-gen” God of War experience, and it looks as though 2008 is gonna be your year, possibly. Not much is known as of yet. However, the game’s creator, David Jaffe, is no longer working on the series, so we’ll have to wait and see how everything turns out.

You’re either a fan, or you’re not, though; you’ve got to recognize the scale of the Final Fantasy franchise. The games continue to set graphical standards with every release. The next, XIII, looks to make good on their reputation. They are improving every visual and storytelling aspect of the game again, but they are also overhauling the combat. The combat in Final Fantasy XIII promises the speed up and intensifies the battles.

Another sequel to a previous PS3 exclusive, MotorStorm 2, hasn’t revealed much, but from the trailer, we can expect yet another pre-rendered bar set too high for them to reach with in-game graphics. Don’t get me wrong, the original looked great, but the video they showed a year earlier looked 10-times better. This was the prettiest of all the racers for a while, but we’ll see how the sequel compares to the likes of Gran Turismo 5 HD later this year. Some of the improvements include new cars/trucks/motorcycles, tracks, and best of all, a much needed 4-player split-screen mode. The game’s also said to include 16-player online support.

So, video and screenshots have shown just how good the game really looks in action. But what about gameplay? The original was not exactly praised by critics, though I quite enjoyed it (minus a large number of glitches). It definitely wasn’t the “Halo Killer” it was touted as. The sequel will have to really prove itself in such a crowded shooter market. Guerrilla Games has yet to reveal any real details on gameplay, i.e., co-op, multiplayer, customization? The game sure does look good, though. Guess we’ll have to wait and see.

Finally, on to the Xbox 360. I thought we’d never get here. Ninja Gaiden II, the first official, true sequel, promises to up everything that popular the original. More action, more bad guys, more blood (almost too much), and more speed. The game’s creators have also addressed the difficulty issues some (many) had with the other games. They’ve said that without dumbing it down, they will be changing the controls to improve and lessen the frustration to newcomers. They’re also adding new weapons to the game and a ton of new character animations to keep the visuals fresh.

An epic in the making, Too Human is already set to be part of a trilogy. Everyone loves a trilogy. They’ve created an enormous world with unique technology and organic design. The game is built on a story, including a very ambitious new dynamic camera system that’s supposed to always give you the best view of the action during gameplay. The game also features a plethora of RPG elements to keep you interested. As with most RPGs, you can upgrade almost everything, from weapons to armor, to special abilities that extend your combat. The game also featured a unique combat system, using the right analog stick for melees and ranged attacks.

Sequel to a game that was a giant leap in artificial intelligence, Fable 2 looks to surpass its predecessor in every way. The ultimate choice between good and evil. This time your options are even greater. Like another Lionhead game, Black & White, the player will be given a pet to help you throughout the game, and as a friend, you can bond with. Peter Molyneux, the game’s creator, has said he wants the game to get the player emotionally involved. Just a guess, but you can probably expect that your dog will eventually die. In addition to a game with conscience, it is one of the first games to introduce money into the game before its release. That’s right; you can begin earning gold to spend in Fable 2 before the game ever hits store shelve, thanks to downloadable arcade games on Xbox Live.

Very little is know of Bajo-Kazooie 3, if that is, in fact, its name. Rare, the company developing the game, released a short teaser trailer back in September 2006. It really didn’t show any gameplay. However, it did show a new boxy art style you can see in the screenshots above. You can expect the regular Bajo-Kazooie platform elements, collect everything in sight, teamwork to reach different areas and beat different enemies, and large open worlds. The Xbox 360 isn’t exactly known for having many platformers, so this will be a welcome addition. The last time we had a Banjo game was back on the N64.

Do I really have to say anything? Gears of War 2. You knew they would make it. The first was such a huge success; it actually beat Halo for a top online multiplayer game, if only because it was the last-gen Halo 2. The game features everything new the Unreal Engine 3 has to offer. More enemies on screen, more destruction, more realistic lighting, and more chainsawing action. Another emergence day awaits us this fall.

The next step for Sam Fisher looks remarkably similar to a Bourne Identity type game. That said, it still looks great. They’ve dropped the green-eyed goggles in exchange for a man bag (ala Jack Bauer), hoodie, and beard, and they’ve got a stripped-down and dirty, raw, Splinter Cell game where you’re now a fugitive from the law. The new game looks to change more than Sam’s fashion, focusing on what Ubisoft calls “All new improvisation-based gameplay.” Where your Inventory is actually the world around you, pick up and throw chairs, etc. Use crowds to your advantage, similar to Assassin’s Creed. This could be a great way to freshen up the series, or it could go too far from its roots and lose fans.

Zombies, Co-Op, Valve, Source, ‘Nuff said. The “43 in Left 4 Dead actually means something; it’s not just l337 speak. That’s right, 4-player co-op for a zombie first-person shooter. Many people have high expectations for this one, and it looks like it could live up to them. Not a fan of being human. Well, they’ve got you covered. You can choose to play as a zombie or “infected,” as they’re called in the game. There are several different types of zombies, each with different strengths and weaknesses. Brain-eating should commence around October.

Do you like psychological thrillers? Alan Wake is presented as more of a “movie” like the game than a traditional action game. They’re officially calling it a “psychological action thriller.” The game has been in development for a while now (it won GameSpy’s Best of E3 2005) and claims to have a 2008 release date; we’ll see. It looks beautiful; the developers have spent a lot of time really capturing the mood of a thriller. They’ve included full real-time day-to-night lighting and weather effects.