The Law of Attraction

Priscilla LeeJanuary 4, 2022Comments Off on The Law of Attraction0739

The Law of Attraction has received a great deal of media attention in recent years. Thanks to the movie The Secret and the subsequent explosion of television, print media, and internet coverage, nearly everyone in Western society has heard the phrase “Law of Attraction.” Most people, however, have picked up snippets and incomplete information here and there and don’t really have a solid understanding of how the law works. 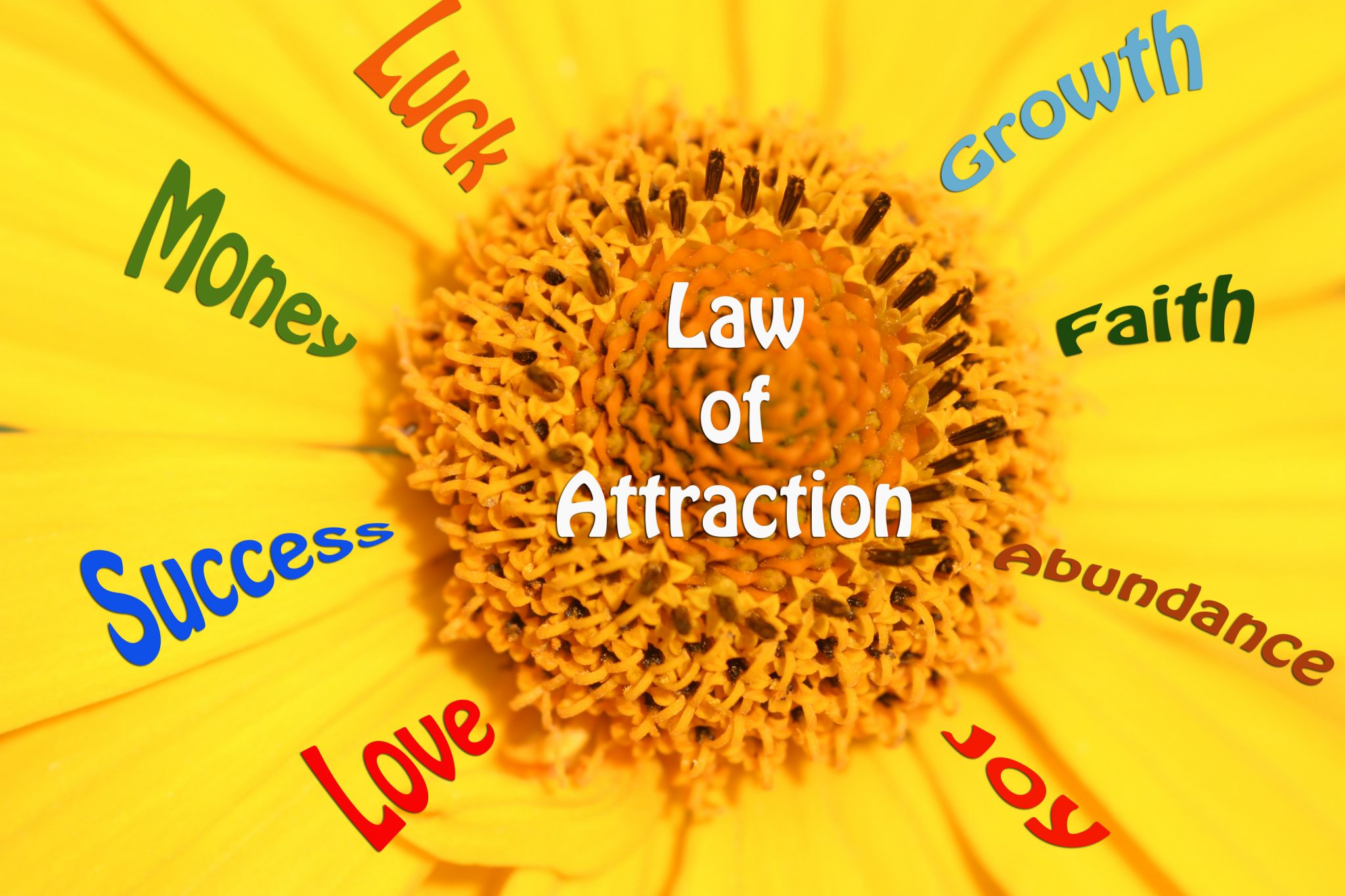 A lot of people feel a deep resonance when they are told that they create their own reality. They recognize the truth in this idea. However, they quickly become frustrated when exposed to incomplete information and myths and can’t seem to make it work. They “know” that there’s something to this; they can feel it, but they don’t know how to use it yet. This has led to a widespread misunderstanding of how the Law of Attraction really works or whether or not it even works at all.

This article aims to debunk the seven biggest myths currently circulating about the Law of Attraction and bring some clarity to the subject.

Myth #1: The Law of Attraction is magic

The Myth: “Law of Attraction advocates will tell you that all you have to do is think positively, and the stuff you want will just come to you. Obviously, this is wrong since things like money, cars, and houses don’t just appear out of thin air.”

The Myth Debunked: No one with a true understanding of the Law of Attraction has ever claimed that if you think a positive thought, a house with a million dollars on the kitchen table and a Ferrari in the driveway will drop out of the sky right in front of you. This is usually a quote used by people trying to claim that the Law of Attraction is a scam. But the quote isn’t true. That isn’t how the Law of Attraction works at all.

The Law of Attraction doesn’t just literally drop stuff in your lap. It brings you meetings with just the right people at the right time, brilliant ideas, and coincidences. It’s your job to pay attention to those ideas, follow your hunches and recognize the coincidences.

The Law of Attraction gives you the insight to drive through a certain neighborhood that you don’t normally drive through. For example, you’d like to manifest a house. You see a house with a For Sale sign in the yard. The house looks perfect, except you’re pretty sure it’s completely out of your price range. You decide to stop and knock on the door anyway. It turns out the owners are a lovely couple who are moving to Australia in a month. You and they really hit it off, and they decide to offer you rent to own terms that you can afford. They really want you to live there. So, you get the perfect house at a price you’re able to pay under circumstances that you never could’ve predicted. Did it drop right into your lap? Well, not literally, no. But if you paid attention and followed the insights and impulses the Universe was delivering to you, it could’ve seemed almost as easy as if it had. THIS is how the Law of Attraction brings you things. It finds whatever you’re looking for that is also looking for you and brings you together through a series of perfect events, insights, and hunches.

Myth #2 – All you have to do is visualize

The Myth: “The Law of Attraction is just about visualization. That’s why they tell you to create vision boards and the like. You’re supposed to stare at the things you want, and they will just come to you (see Myth #1)” The Myth Debunked: This one is partially true. Visualization can be a valuable tool you use to train yourself to create what you want. It isn’t the visualization that creates, though. You create through the vibration that you offer. The vibration you offer is determined by the thoughts you habitually think (beliefs). Visualization can help you to retrain your thoughts, but there’s much more to it than that. If you visualize a beautiful car but have the belief that you’ll never get a car like that, you can visualize all day, every day, and that car’s not going to show up. How do you know if you harbor a conflicting belief? You can tell by the way you feel when you visualize. If it feels really, really good to visualize the car, and the entire visualization is positive, you’re doing well. If, however, it feels a bit off and your visualization takes a bit of a negative turn, you’ve just uncovered some negative beliefs.

For example, you wonder how you’ll afford the payments, which would point to a belief that states “I can’t afford a new car”; or you might hope your kids don’t mess up the beautiful new seats, which could point to a belief that you can’t have nice things and they always get ruined, so, why bother anyway…
Visualization is a valuable tool in manifestation, but it isn’t the creation process itself.

Myth #3 – The Law of Attraction is new

The Myth: “If the Law of Attraction is really a law, why hasn’t anyone discovered it before? This is just some new fad.” The Myth Debunked: The Law of Attraction isn’t new. It’s been around since the beginning of, well, everything. It can be argued that it’s the oldest law in the Universe. So many people are hearing about it now because more and more people are waking up and realizing, or at least getting a glimpse of, who they really are. More people are asking for this information than ever before, and therefore, the Law of Attraction must bring them more answers than ever before. There are more books written on this subject than we’ve ever seen. Thanks to the internet, people can find answers to their questions immediately.

The information is not “new”; we are simply asking for and able to receive more information and at a faster rate than ever before. Also, we live in a time where most of us can openly discuss spiritual matters and Universal laws without fear of being burned at stake or stoned to death. All of this has allowed the idea of the Law of Attraction to spread at an unprecedented rate.
Myth #4 – The Law of Attraction is Non-Christian

The Myth: “I am a Christian, and therefore I cannot believe in the Law of Attraction. This is just a bunch of New-Agey stuff that conflicts with Christian beliefs” The Myth Debunked: This one could not be further from the truth. There are hundreds of passages in the Bible that refer to the Law of Attraction. Some of these verses can be traced back almost 3000 years. Jesus said, “Everything is possible to him who believes.” And “He that believeth on me, the works that I do shall he also do; and greater works than these shall he do…” Here are a few more: “As a man thinketh, so he is.” (Proverbs 23:7). “It is through thinking that man forms that which he has in life.” (Proverbs 23:7). “For everyone who asks receives; he who seeks finds; and to him who knocks, the door will be opened.” (Matthew 7:8)

These, and many other proverbs, just like them, support the principle that your thoughts create your reality, and you can create anything you want. The point is that Christianity and the Law of Attraction are not based on inherently conflicting principles. There are now internet sites on the web dedicated to studying the Law of Attraction from a Christian point of view.

Myth #5 – I have to do something to make the Law of Attraction “work.”

You create your own reality. All of it. All the time. You can’t help it. You’re a lean, mean, creating machine. Everything you see around you, every person in your life, everything in your reality, is there in response to the vibration you offer. There’s nothing you have to do to make that process work, nor can you stop it. That’s why no one can claim that “it isn’t working for you.” It can’t NOT work for you.

The problem arises when people create by default, which often brings them things they don’t really want instead of deliberately creating. Your job is to remember how to create consciously, to remember just how powerful you really are. That’s it. And it’s not supposed to be hard work. It’s supposed to be fun. If you’re not having fun, THEN you’re doing it wrong.

Myth #6 – Thoughts are dangerous. You have to control every thought you think.

First, one little thought doesn’t have all that much power. The power comes from thinking the same thought over and over again until it’s a belief. The more you think a thought and believe it, the more it affects your vibration, and it’s this vibration that attracts your manifestations. The Law of Attraction responds to your vibration, not the words you’ve said or thought (although notice that your words and thoughts can affect your vibration).

Second, we have this amazing thing called time. There is a time buffer between offering a vibration and receiving a manifestation. And while many of us often curse this time buffer in our impatience to receive the things we want, it is beneficial. Things don’t happen immediately for a reason. You have time to notice if you’re harboring any conflicting beliefs or are offering a vibration that doesn’t really serve you.

If, however, you do harbor such a belief, formed by many, many thoughts about how you’re a victim, how easy it is to get into accidents, how driving is dangerous, reading lots of news stories about how people get into accidents all the time, talking about those stories, etc., that one little thought has just given you an indication that you have an underlying belief. Do you think these thoughts often and easily? Then you might want to do something about that (or buckle up). The point is that even though your thoughts help to form your vibration, which creates your reality, it is the vibration behind the thought you have to pay attention to. A random thought that means nothing to you isn’t going to create a thing. But a thought that you believe and think repeatedly, a thought you give lots of attention to, will affect your vibration, and that will create. 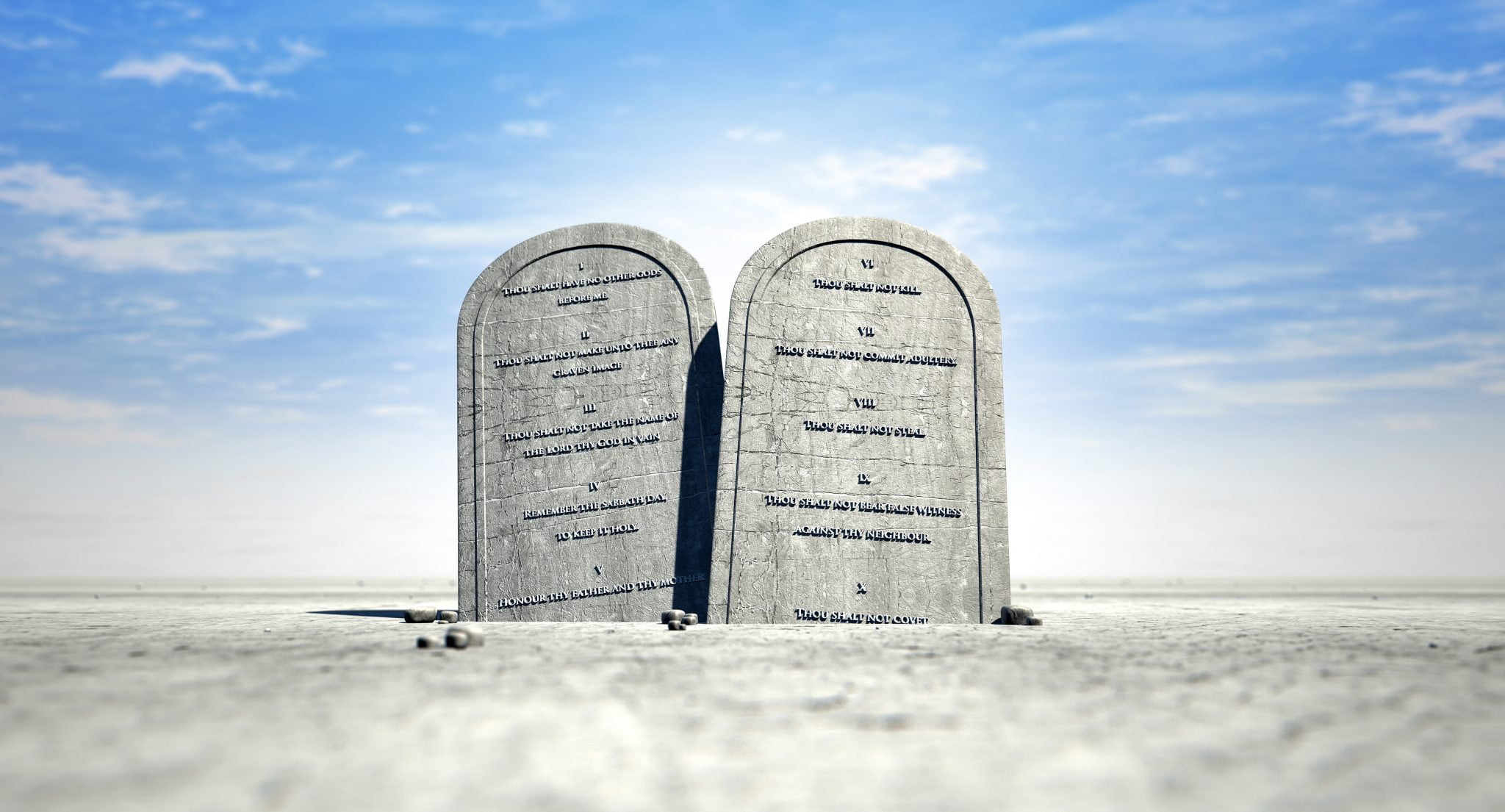 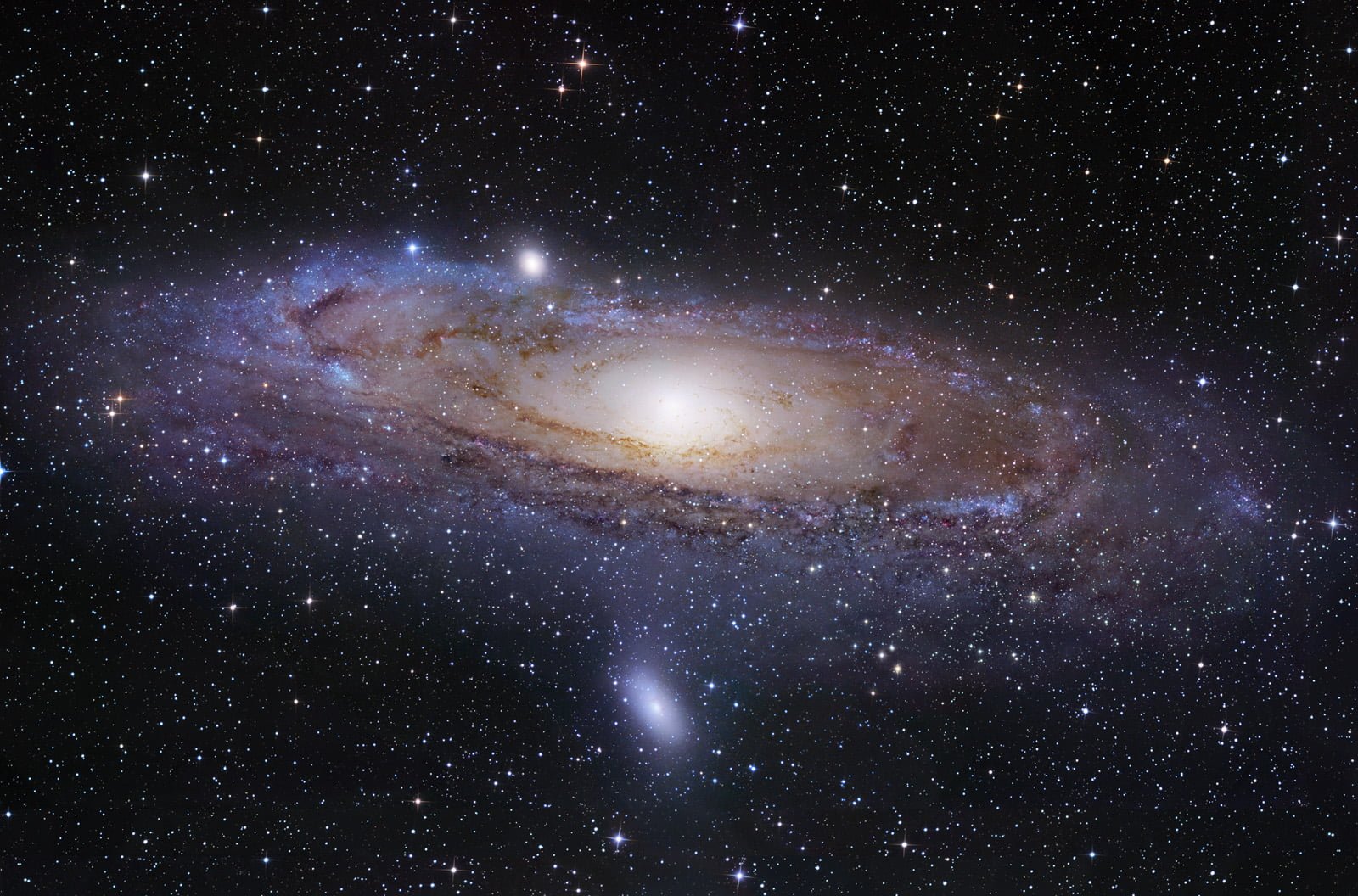 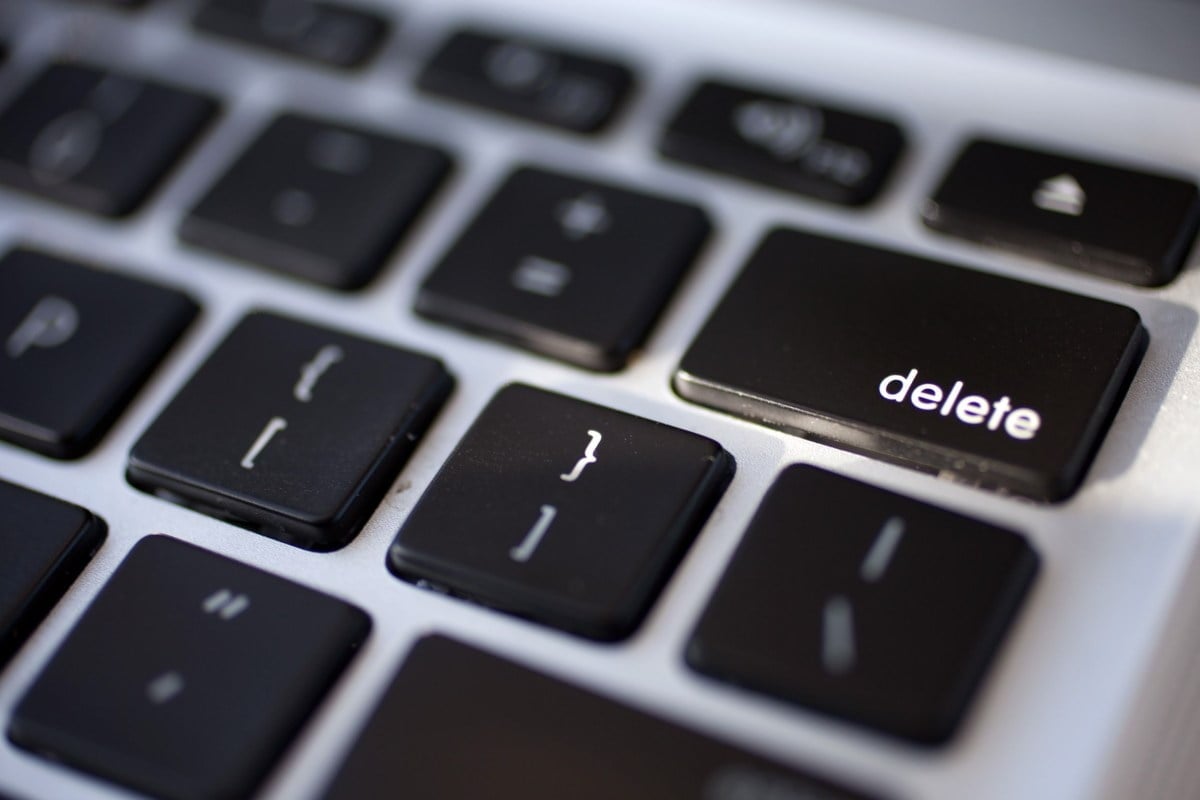 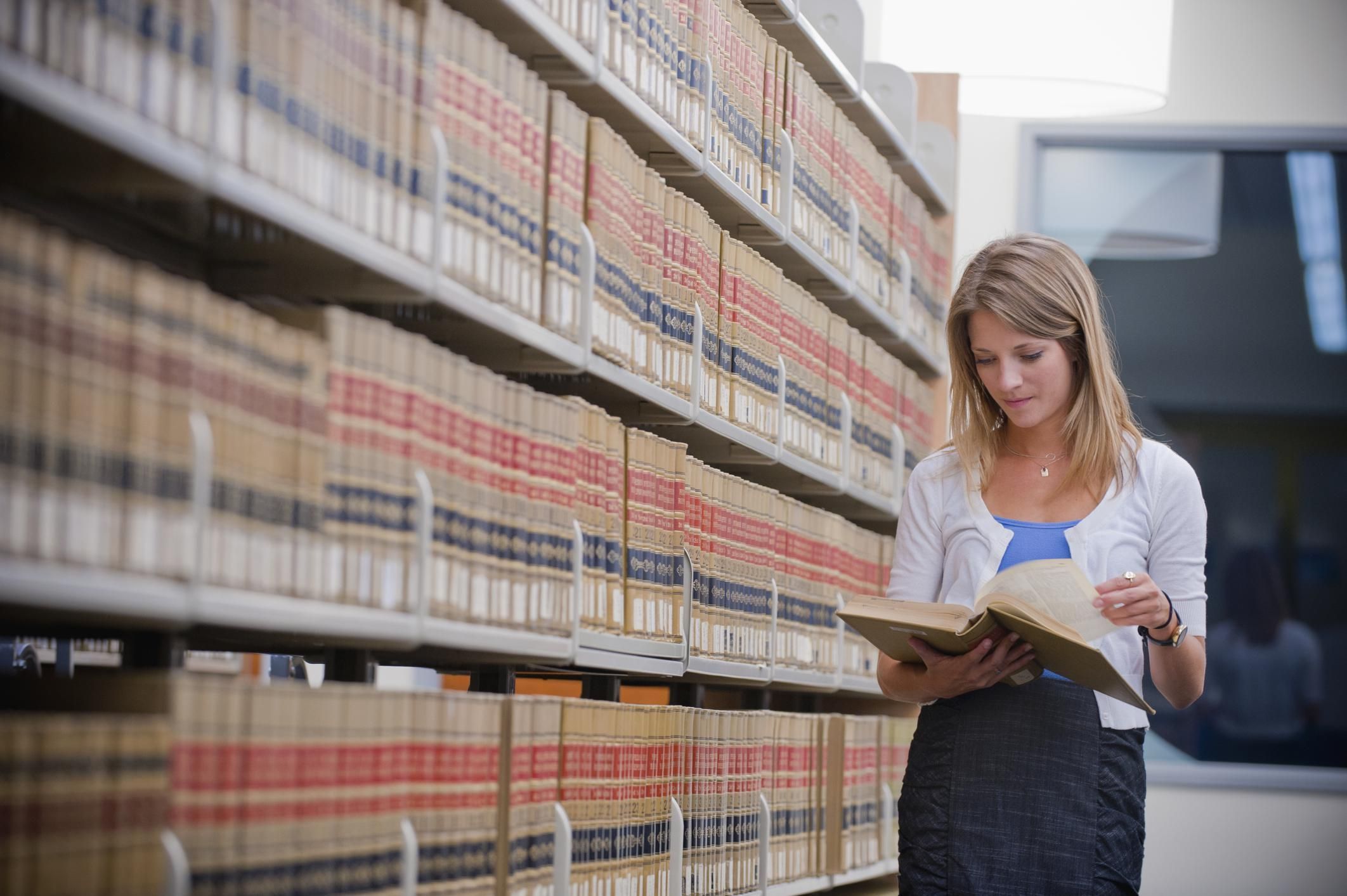 Which Undergraduate Classes Should I Take Before Law School?