Priscilla LeeJanuary 16, 2022Comments Off on One Man’s Computer Gaming Odyssey0688

Computer gaming has been an interest of mine ever since I was a young child. This article is part-reminiscence, part history – tracing the development of gaming culture over the decades.

My youthful experiences – in the 1980s – included playing Pac-man on some of the early Atari models, to playing the early installations in the legendary Ultima, Wizardry, and Bard’s Tale Series on my beloved Apple //c. While the Ultima series was comprised mostly of two-dimensional tiles, the early Bard’s Tale and Wizardry titles involved a rudimentary grid-based first-person view. 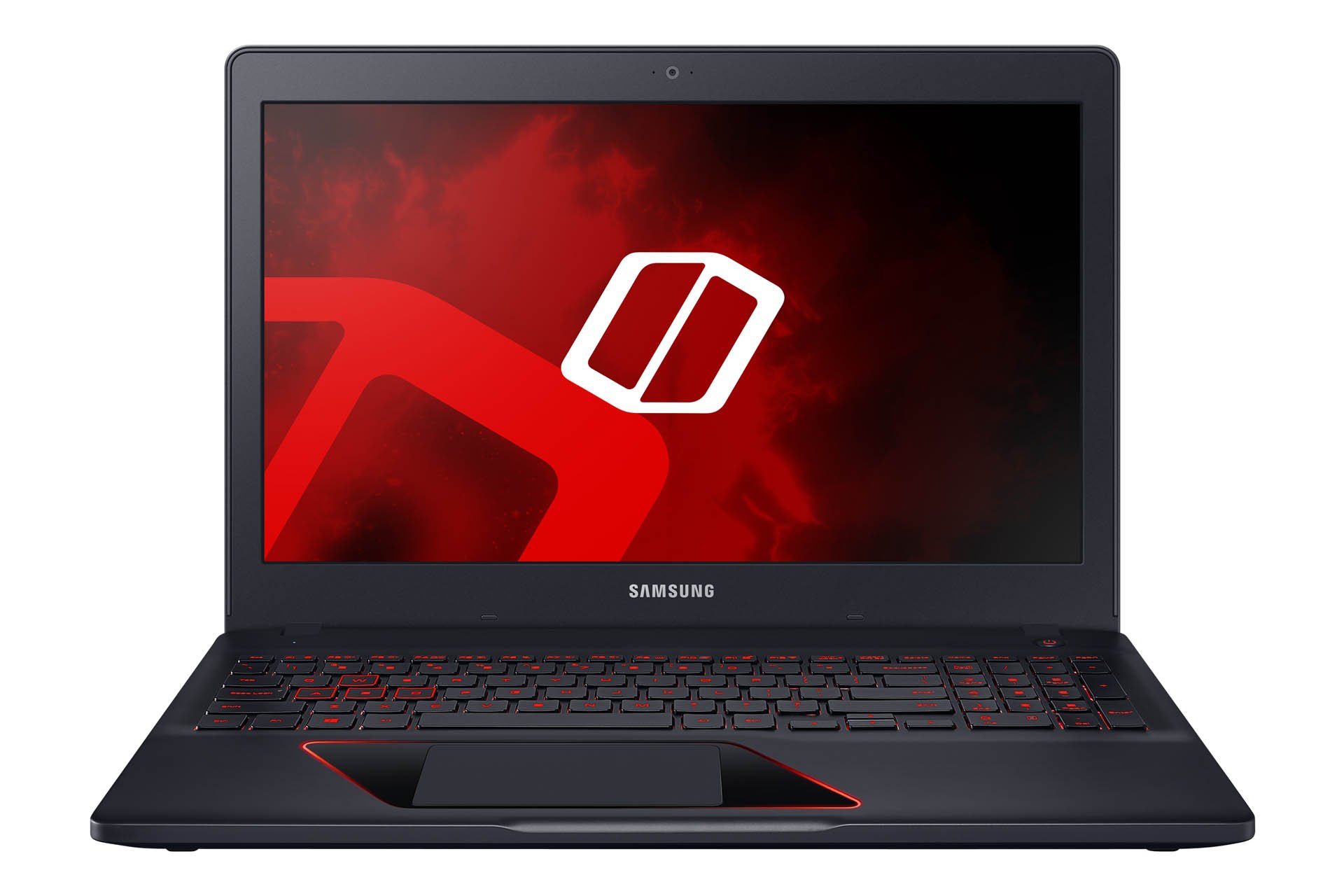 The graphics – by today’s standards – could be described simplistically at best. Over the years, game designers sought continually to extract more and more from the limited potential of Apple II and Commodore 64 personal computers. (Although I do not include, here, the IIGS)

Bard’s Tale 3 ‘The Thief of Fate’ – was perhaps the most impressive title to emerge for the Apple II- not long before the line was abandoned to concentrate instead on Apple’s Macintosh series.

Contents Summary show
READ MORE :
into the 1990s
The advent of multiplayer and online gaming – into the new Millenium
In conclusion

For its time, ‘Bard’s Tale 3’ provided a sprawling game world and devilish, maze-like dungeons. Given the extraordinary limits of the Apple // line of personal computers, the musical score of the Bard’s Tale titles was lively and ‘pleasantly catching.’ It comprised the ‘pinnacle’ of what could be achieved with the limited 128 kB Apple // c frame.

Hand-held electronic games were also popular for the time. Popularity at school rested partly on possession of such titles as ‘Frogger,’ ‘Scrambler,’ ‘Burger Time,’ ‘Donkey Kong, ‘ and others.

Even then, gaming was not ‘just for the kids’. Computer role-playing games, however, were always my favorite – and they still are. I even recall my mother staying up late at night: entranced by my Pacman handheld an electronic game.

At the time – of course – no one had even heard of ‘Massively Multiplayer games OR of the internet. Some of my favorite memories of my youth include days I spent at my local library, playing the quiz game ‘Millionaire,’ wagering 5 1/4 inch floppy disks on who would-be winner. Back then, amongst enthusiasts, there was a real sense of community.

Looking back now, it is hard for younger gamers to envisage the joy which my friends and I knew – despite what today would seem to be rudimentary graphics and sound. And while those of my generation may have ‘moved on’ in our expectations for modern-day gaming, I personally enjoy occasionally reminiscing about ‘a simpler age’ – now so long ago.

As ‘time marched on – into the 1990s – I found myself turning to the PC as the Apple //c ‘passed into history. The advent of VGA – and then SVGA – graphics while I was in secondary school – marked a milestone – and the quality of the gaming experience improved markedly also.

It was then, also, during this transitional phase – that the ‘Gold Box’ series of Dungeons and Dragons games set the standard. The ever-renewable D&D franchise would serve developers well for many years to come. Even within this series, the difference was marked between the original titles – which had been available on the //c – and those which made the most of the then-groundbreaking SVGA graphics.

Also, Computer Roleplaying Games were mainly characterized by ‘turn-based rather than ‘real time’ combat. But the 1990s were to see a paradigm shift to ‘pause and play’ or ‘real-time’ combat.

Meanwhile, the later installations in the Ultima series boasted interactivity which – for the time – caused the series to ‘stand out from the crowd.’ I can still remember the ‘buzz’ I felt from making bread in Ultima VI: and even cooking it in an oven. Trivial by today’s standards, such ‘touches’ added character to the Ultima franchise.

This was also the ‘coming of age’ of the real-time strategy genre. Dune II, and ‘Command and Conquer’ in particular – set a basic template that was to be remodeled and improved upon – time after time.

The same might also be said of the first-person-shooters – which during the 1990s included such titles as Doom and Wolfenstein 3D. These titles ‘spread like wildfire in this ‘heyday’ of ‘shareware’ and again provided a standard template that was later refined and expanded to include Player versus Player action.

The advent of multiplayer and online gaming – into the new Millenium

In good time first-person shooter gaming, as well as the real-time strategy genre – were to evolve to the point where player versus player gaming became a lucrative ‘sport.’ Today, Quake 4, Starcraft, Warcraft III – and other titles – are played competitively – often with thousands of dollars at stake.

Into the late 1990s, the computer role-playing franchise expanded to provide for online and massively multiplayer gaming. Ultima Online comprised one of those original titles: just as the internet was ‘taking off,’ but while broadband was still rare.

Ultima Online, in particular, was marked -originally by an uncontrolled ‘Player versus Player (PvP) element. This allowance for ‘Player Killers’ (PKs) greatly reduced the enjoyability of the game. Later developers were to learn from this – and provide ‘PvP’ under more controlled circumstances – often only with mutual consent.

Also, the late 1990s saw the rise of such ‘first person’ titles as ‘Everquest.’ For some time, the ‘Everquest’ franchise ‘ruled supreme’ – comprising the standard by which genre games were measured.

WoW also struck ‘the right balance’ in instances of player death – with the resultant penalty not being so onerous as to compromise gameplay seriously.

World of Warcraft’s beautifully rendered animation – cartoon-like – with no pretense of realism – featured as one factor behind the game’s appeal and longevity. This also might be seen as one factor behind Blizzard’s eclipse of the ‘Everquest II’ title – which failed to capitalize on its forerunner’s success.

Perhaps the only weakness of WoW – and other Massively Multiplayer Roleplaying Games (MMORPGs) – is the tendency for gameplay to be reduced to a ‘grind”. There is only so much fun players can glean from ‘camping out’ for spawns.

Despite this, as of 2009, the World of Warcraft franchise continues to be enjoyed by millions of gamers: with two major expansions having been released: and possibly with more to come.

Opportunities for meaningful PvP are also important for many. Epic overarching storylines are also desirable: and comprised a central feature of Lord of the Rings Online (LOTRO) – perhaps the best MMORPG of 2007.

Most importantly – a player should never be lost for something to do. Hours of ‘grinding’ are not good enough. Other recent competitors of WoW include ‘Dungeons and Dragons Online and “Warhammer Online.’

‘Dungeons and Dragons Online – in particular – encourages co-operative rather than solo gameplay. Such are the class designs that complement each other.

The challenge for MMORPG developers is to balance options for single and multiplayer co-operative play while minimizing the all-too-familiar ‘grind.’ upcoming titles planned for release this year (2009) include ‘The Old Republic’ (based in the Star Wars universe) and ‘Stargate Worlds.’ Amongst all this, Industry watchers are left to speculate about who will usurp the ‘WoW’ crown one day.

Looking back: single-player gaming – late 1990s to the present day. The late 1990s and early ‘2000s’ saw more breakthroughs in the depth and complexity of first-person shooters, computer roleplaying games, and real-time strategy. We will close, however, with final consideration of the CRPG genre. This period was marked especially by the ‘Baldur’s Gate series and the ‘Icewind Dale’ titles, and the masterful ‘Planescape Torment. Bioware’s ‘Infinity Engine’ provided lush graphic backgrounds, accompanied by moving musical scores and deep, immersive, and epic plotlines. Adaptable as ever, the Dungeons and Dragons franchise was brought to a new generation. Despite a massive fan base, though, the Infinity Engine line was abandoned before its time – and the much-awaited ‘Baldur’s Gate III’ never emerged.

The ‘Fallout’ series, meanwhile, provided a gritty third-person and turn-based gaming experience. Its post-apocalyptic themes developed such a solid following that – in 2008 – Fallout 3 was one of the most anticipated titles of the year.

Diablo I & Diablo II also emerged through this period – marking a new age of ‘action RPGs’: and heralding a new age of ‘co-operative’ online multiplayer gaming. The series is notable for its deeply atmospheric music and its dark and foreboding environments.

So popular – and resilient – has the series been that even now – almost ten years since Diablo II, veteran gamers are eagerly awaiting the new installment. Diablo III looks set to comprise one of the best-selling CRPG titles for 2009.

Neverwinter Nights I & II provided a ‘makeover’ for the Dungeons and Dragons franchise, with expansive user-created content and customization opportunities.

‘Oblivion,’ meanwhile, provided for an immersive world, with a plethora of individual characters – each with their own quirks, voice-recorded dialogue, and routines. Oblivion’s graphics were groundbreaking for the time – and have left industry watchers to speculate: what next for the Elder Scrolls franchise? Many suppose a new installment will emerge in 2010.

2009 is set to be a most interesting year. Aside from what we have considered already in this feature, there are many titles in production – many for release this year.

Red Alert 3 was one of the best real-time strategy titles of 2008: offering challenging multiplayer combat, with innovative and often humorous storylines and units. 2009 will see another installment in this series: ‘Red Alert – Uprising.’ Undoubtedly for some, this expansion will find its way onto the ‘must-have’ list.

Meanwhile, mass Effect II, Dragon Age, Guild Wars II, and Star Trek Online will likely be amongst the most popular in their respective genres. Twenty years ago, virtually no one could have foreseen the evolution of games genres and computer technology that has unfolded since.