Priscilla LeeAugust 22, 2022Comments Off on Most Influential Internet Marketers0958

This article is a subjective list of the ten most influential Internet marketers. I could have easily included more than ten marketers, but I had to draw the line somewhere. I purposely excluded individuals who are known primarily for one particular talent. So, if you don’t see your favorite Internet marketer on the list, please don’t be offended. 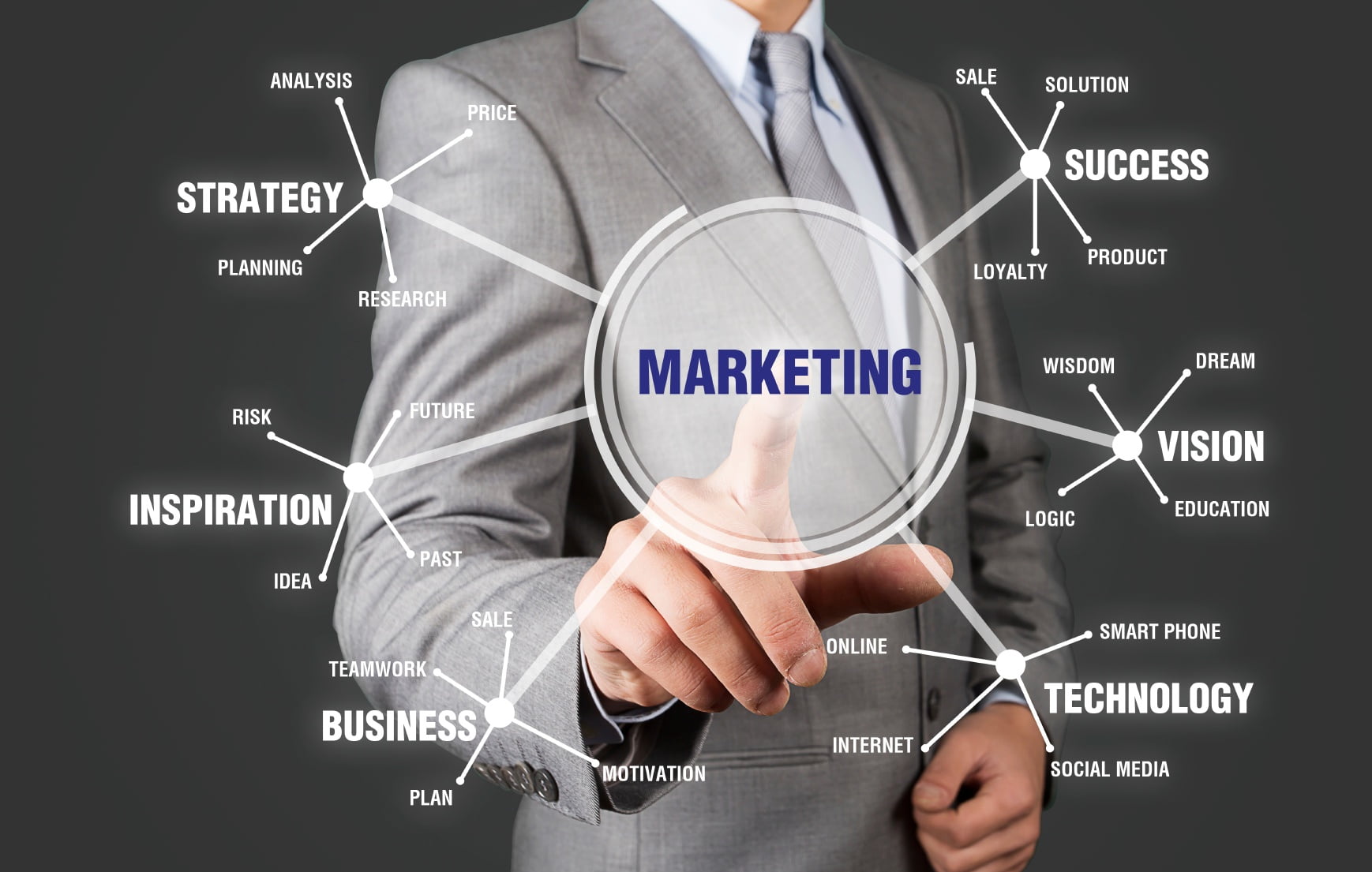 I wanted to sing the praises of those individuals known as great marketers – first and foremost. For example, copywriting and SEO. And while this list is subjective, it would be tough for anyone to argue against any of the selections included on the list, as they are all proven excellent and have stood the proverbial test of time.

1. Jay Abraham’s uncanny ability to increase business income, wealth, and success by uncovering hidden assets, overlooked opportunities, and undervalued possibilities have captured the attention and respect of CEOs, best-selling authors, entrepreneurs, and marketing experts. Jay’s clients range from business royalty to small business owners. But they all have one thing in common – virtually all have profited greatly from Jay’s expertise. Many clients each acknowledge that Jay’s efforts and ideas have led to a profit increase of millions of dollars. [See our Testimonial pages]

Jay has identified the patterns that limit and restrict business growth. He s one of only a very few people who realize that most industries only know and use one particular marketing approach – even though there may be dozens of more effective and profitable strategies and options available to them.

Jay shows his clients how to take different success concepts from different industries and adapt them to their specific businesses. This gives Jay’s clients a powerful advantage over their competition.

Jay has been acknowledged as a unique and distinctive authority in business performance enhancement – and the maximizing and multiplying of business assets. He’s been featured twice in Investors Business Daily ­ both on the front page and in the Leaders & Success Section – saying Jay, “Knows how to maximize results with minimum effort.” The March 6, 2000, issue of Forbes Magazine listed Jay as one of the top 5 executive coaches in the country, saying Jay’s specialty is “Turning corporate underperformers into marketing and sales whizzes.”

He has over 10,000 individual business success stories from around the world. Many of the world’s preeminent trainers and consultants have sought Jay’s advice and counsel to grow their organizations.

As a proven business leader with energy and vision, Jay has demonstrated the critical ability to stimulate true breakthrough thinking and execution throughout organizations in all 4 vital areas of performance enhancement: strategy, innovation, marketing, and management. He understands how to focus on the upside leverage in an organization while effectively controlling and minimizing the downside risk. He understands the implications, correlations, applications, opportunities, and vulnerabilities in a given situation from a “cat scan” perspective that is exceedingly rare.

He sees overlooked opportunities, hidden assets (both tangible and intangible), and underperforming areas of a business no one else recognizes. His depth and breadth of empirical experience have facilitated exceptional judgment, communication, and collaboration skills, the vitally essential traits necessary to establish, lead and effectively contribute to any organization. These are the prime abilities required to add new life and strategic vision to a struggling company or one that needs to redefine or better distinguish itself in the marketplace.

His forte, which is the ability to think “way outside the box” and prepare for multiple potential scenarios, has enabled him to find and successfully implement creative, preemptive solutions to very complex problems to generate high-performance results. He has successfully established beneficial relationships with key strategic partners and developed strategic business plans for companies that have consistently been met or exceeded. He has been instrumental in raising performance even while working with adverse business environments.

As the founder and CEO of Abraham Group, Inc. in Los Angeles, California, Jay has spent the last 25 years solving problems and significantly increasing the bottom lines of over 10,000 clients in more than 400 industries worldwide. Jay has seen and dealt with every type of business you can imagine. And he’s studied and solved every kind of business question, problem, challenge, and opportunity.

Jay has been extremely successful at what he does for others. He’s produced many thousands of success stories and made Billions for others as well as millions himself. He’s spawned an entire generation of marketing consultants and experts who credit him as their primary mentor due to his past Protégé and Consultant Training programs. Nearly 2,000 websites reference his impressive work on the Internet alone.

2. Mark Joyner is a #1 best-selling author of over a dozen books translated into almost as many languages. He is widely recognized as one of the early pioneers of e-commerce, responsible for inventing, pioneering, and popularizing many of the technologies we take for granted today (including remotely-hosted ad tracking, electronic books, Integration Marketing, and more …)

Other Interesting Facts About Mark Joyner

Earned a Bachelor of Science in Psychology through independent study while simultaneously serving in the U.S. Army in the Military Intelligence Corp (he speaks Korean fluently, graduating at the top of his class at the Defense Language Institute).

He is a cold-war veteran of military intelligence and a former U.S. Army Officer. He held a Top Secret SCI clearance (the highest clearance level in the US) for several years.

Was awarded for his military service by the U.S. Army, the Republic of Korea Army, the Korean Consulate General, and the President of the United States.

3. Dan Kennedy, a Phoenix-based entrepreneur-extraordinaire, has won international recognition as a “millionaire-maker,” helping people in dozens of different businesses turn their ideas into fortunes

Entrepreneur Magazine says that Dan Kennedy has “at least 101 money-making ideas for any business owner.” Dan Kennedy moves with remarkable ease from one very different field to another, working with clients in 62 different businesses, industries, and professions, earning as much as $250,000.00 in a single month providing unusual direct-response advertising and direct marketing advice, strategy, copywriting, and marketing materials, video production, and infomercials, and profit improvement systems.

Kennedy’s clients include everything from sole entrepreneurs to huge corporations. Here are just a few examples – there’s the husband-and-wife couple who came to Dan with an idea, a mountain of debt, and failing advertising. Less than two years later, they have zero debt, and a home-based mail-order business generating over $200,000.00 a month at about a 40% profit margin. Or, there’s the now-giant Guthy-Renker Corporation, famous for its celebrity infomercials with Victoria Principal and Vanna White and its Tony Robbins infomercials. Guthy-Renker is a 200-million dollar+ a year business now, and Dan’s been a key member of their brain trust since their first infomercial (Think And Grow Rich). Or there’s U.S. Gold, a company that has twice increased its sales by millions with Dan Kennedy provided marketing breakthroughs. And the list goes on and on and on.

Kennedy is the “hidden genius” behind full-page magazine advertisements you’ve undoubtedly seen, direct-mail campaigns you’ve received, and TV infomercials you’ve seen. In addition to all the advertising and direct-mail, Dan prepares for his own products, services, and businesses; there are hundreds of clients using marketing materials Dan has prepared for them. His full-page ads have appeared in magazines like Inc., Success, Entrepreneur, Moneymaking Opportunities, Nations Business, the airline magazines, the tabloids, USA TODAY, The Wall Street Journal, and countless trade magazines. One of his client’s full-page ads is now in its 10th consecutive month, appearing in over a dozen national magazines. In any given month, clients spend over 1/2-million dollars running ads, much more mailing sales letters, and still more airing infomercials that Dan has developed.

And Dan is one of the most popular, in-demand speakers on marketing-related topics. Ironically for a marketing guru, Kennedy gets almost all of his clients with no marketing! Some come to him after hearing him speak – in 1995, he addressed over 200,000 people, including audiences of thousands in many cities, in his 5th year on tour with famous motivational ZIG ZIGLAR. Others come after getting and reading one of his books available in bookstores, receiving his newsletter, or listening to his cassettes. But most are referred to him.

He recently created a software program to help anyone write better sales letters, articles, news releases, speeches, and even entire books. It’s called Hypnotic Writing Wizard. He also has a brand-new membership program for those who are serious about learning marketing at HypnoticGold.com.

5. Dr. Jeffrey Lant has been a top achiever for a VERY long time. He published his first article at age 5. An afternoon newsboy, he started his own newspaper at age 10, sold the stock, and, yes, paid dividends! Even then, media and communications intrigued him. This has never stopped! Editor of his high school newspaper, editor of his class book, editor of the literary magazine, he also wrote a weekly column. That continued in college — and so did the awards accumulated along the way.

At UCSB, he became the University’s first-ever Woodrow Wilson Fellow and was actively recruited by over 60 graduate schools, each offering him full doctoral fellowships. He chose Harvard, where he also became a Harvard Traveling Fellow, Harvard Teaching Fellow, and winner of a Master’s Award for special achievement, en route to graduating with both a Master’s and Ph.D.

Upon graduation, he took a third post-graduate degree, the Certificate of Advanced Graduate Studies in Higher Education Administration, at Northeastern University. He became the first student to cite his own published work (by now very extensive) in footnotes to his class papers.

After a stint as Assistant to the President of Radcliffe College, Dr. Lant decided to set off on his own. He set up a consulting practice for non-profit organizations in 1976 and published his third book, Development Today: A Fund Raising Guide For Nonprofit Organizations. (Previous books had dealt with English Court ceremonial in the age of Queen Victoria. Another book, Our Harvard, dealt with the memories of eminent Harvard grads, including Dr. Lant himself.) entitled, Insubstantial Pageant: Ceremony and Confusion at Queen Victoria’s Court, Lane became the first American ever granted access to the Royal Archives at Windsor Castle.

Development Today launched a busy consultancy, international travel, workshops, and direct assistance to hundreds of nonprofit organizations nationwide. It also spawned a series of how-to books that turned Dr. Lant into a millionaire and brought his detailed, hard-hitting, practical advice to people worldwide. (Click here for information about all of Dr. Lant’s books.)

Along the way, Dr. Lant developed an internationally syndicated column carried by several hundred publications, a syndicated radio show on the Business Radio Network, and a string of special reports on specialized business-building subjects.

So it might have continued but for the creation of the Internet and a series of eye-opening phone calls from George Kosch and Sandi Hunter, two Edmonton-Alberta- based entrepreneurs who were way ahead of their time. They persuaded Dr. Lane to come to Edmonton and see the future — the Internet — for himself. 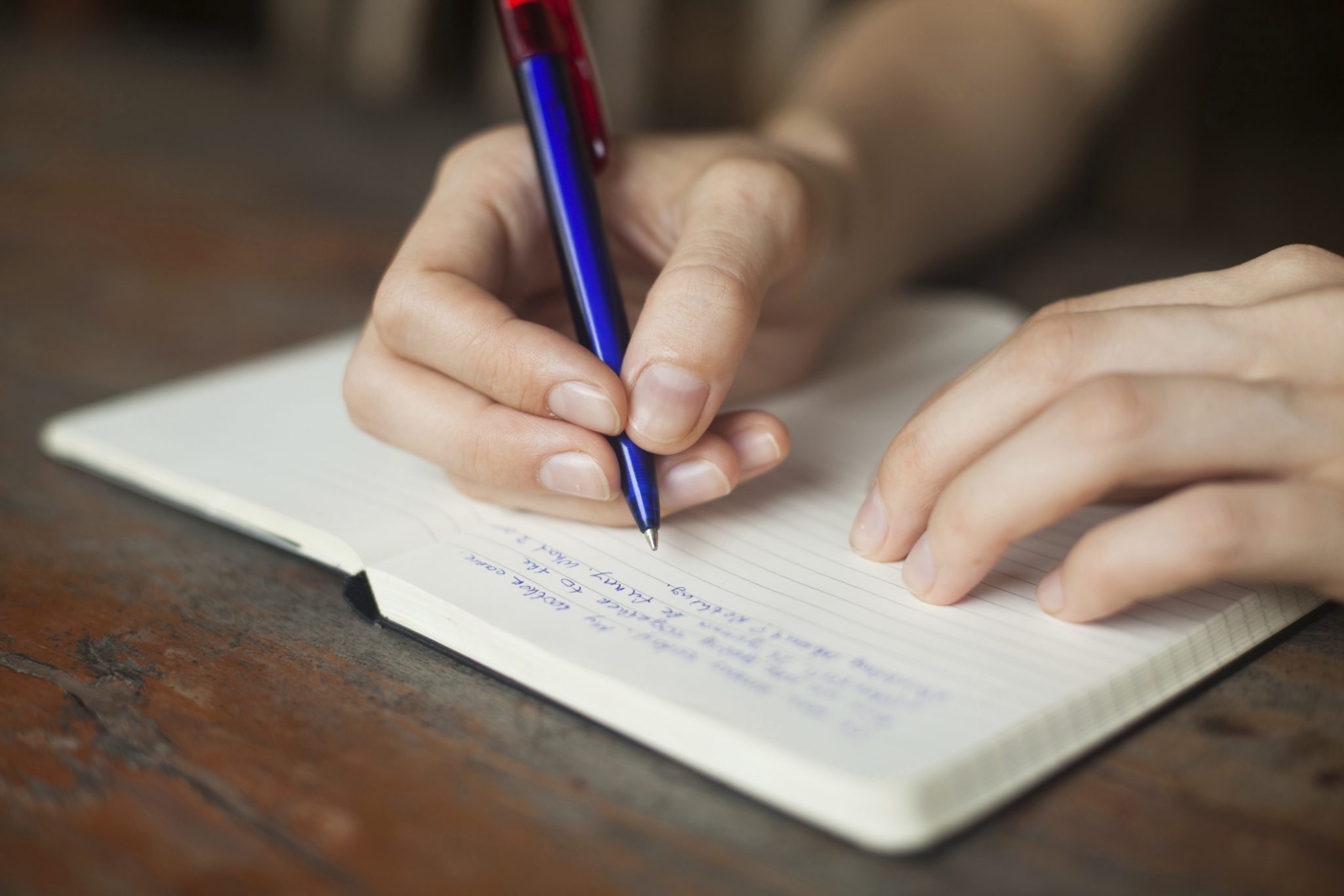 Why I Keep a Journal 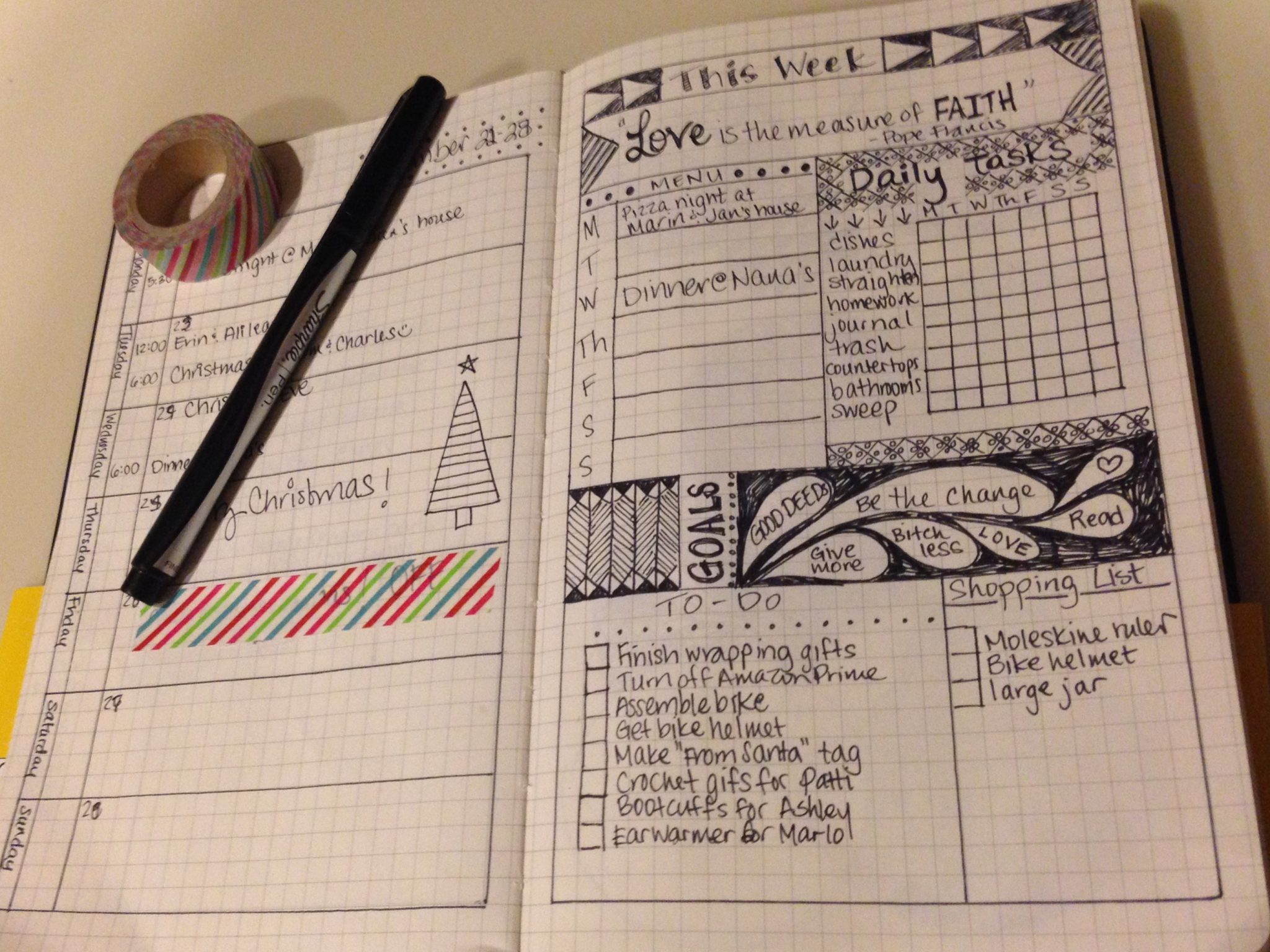 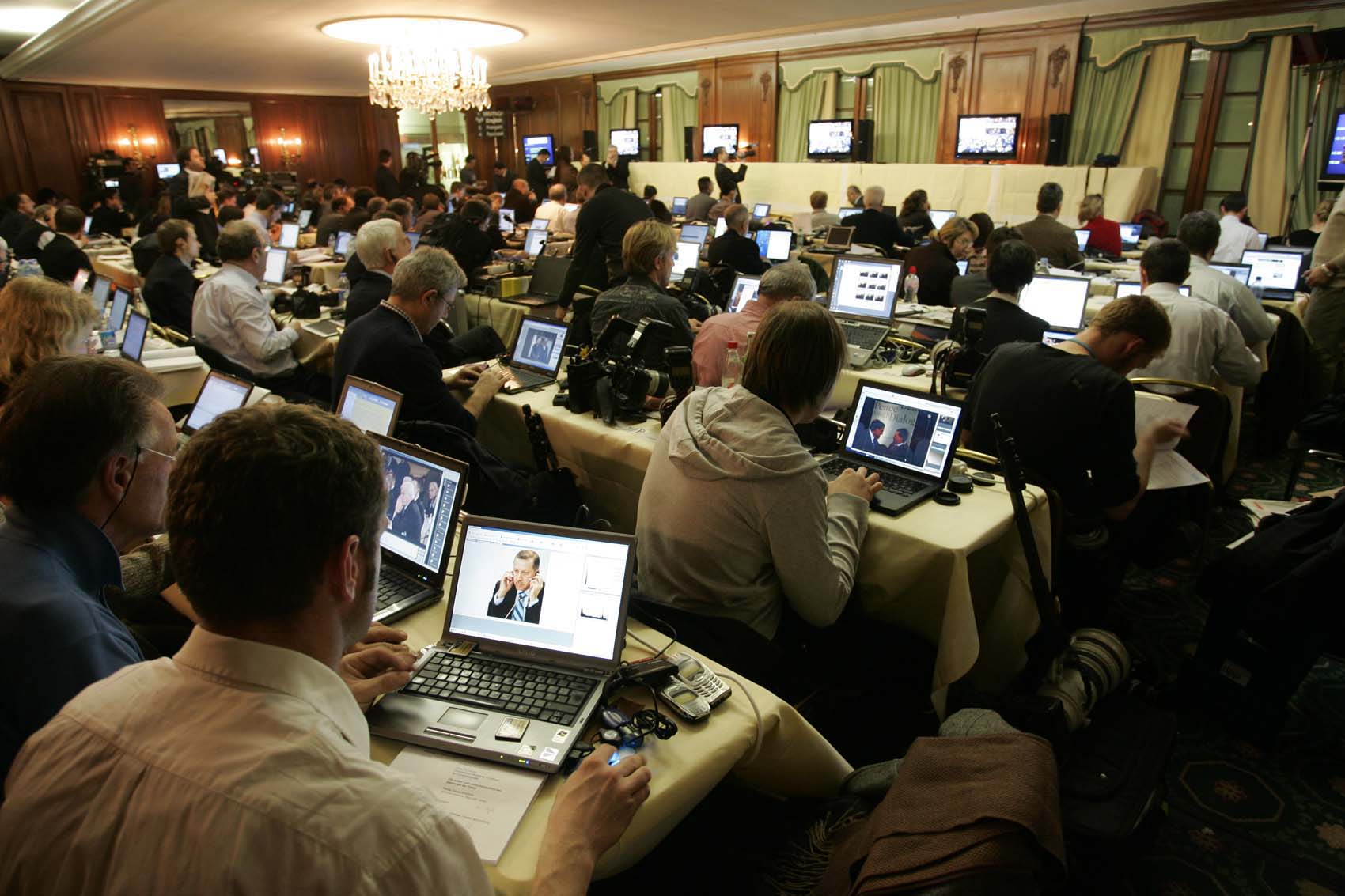 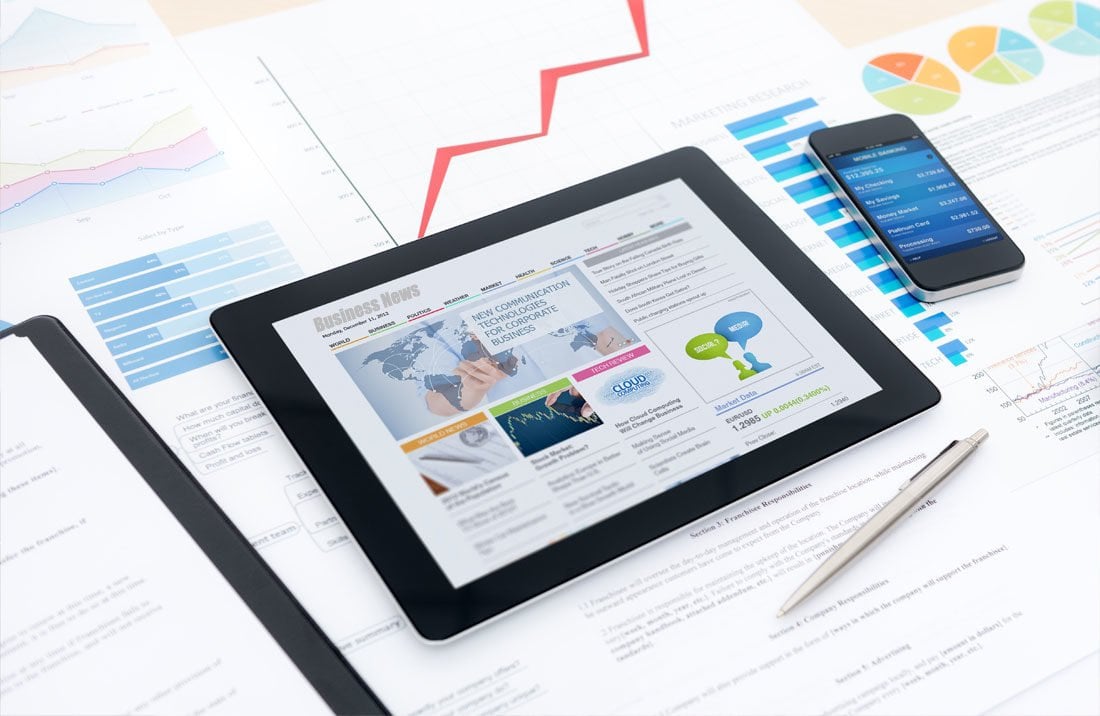