It is 6 months since I wrote my last Mallorca Property Market Report. It is always a little bit worrying going back to reflect on what one has said and whether, with the benefit of hindsight, an alternative conclusion might have emerged! Still, the expectations are much less about growth and much more about “stagnation”! Back in March, the big question was whether we could call the “bottom of the market” and what that might actually mean in practice – one thing is a market that has touched bottom and is ready to move up the gears quickly, with real growth just around the corner, while the other is a market where values have bottomed out. 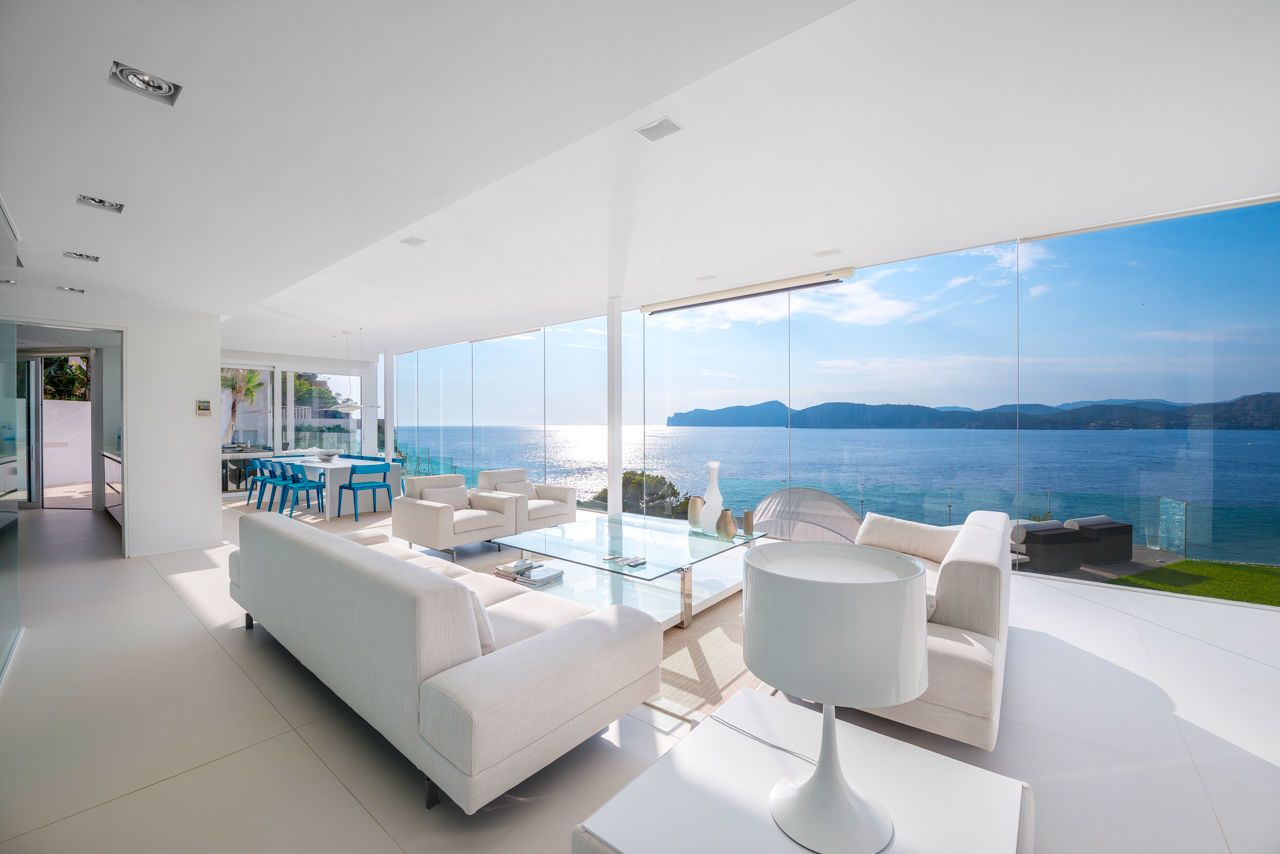 My conclusion at the time was that we might indeed be able to call the bottom of the market if we were to define it in terms of reaching the “bottom of the cycle of underlying residential property values in Mallorca” (please note the essential reference to underlying values, something very different to, for example, asking prices!). More specifically:

1. Underlying values to bottom out at current levels
2. The evolution of asking prices to vary depending upon whether they have been set realistically / adjusted sufficiently to account for the significant falls in property values.
3. Future growth in values to be nonexistent in the short term and very limited and restricted to underlying inflation in the medium term, i.e., no real growth in the next couple of years. Modest growth over above general inflation levels in the economy to follow thereafter at levels of 1-3%

4. Special properties with “unique” qualities – front line; magnificent sea views; restrictive planning conditions – rural finches; high-quality developments, etc., to perform better / outperform the market in the medium / long term.
5. Land values hold down prices in the medium term as developers take advantage of cheaper land to sell at these new lower levels for the medium term. Long-term shortage of supply, save for those in urban areas and for “mid-range” apartments, like Palma, Inca, and Manacor, should see values rise. Alongside these conclusions, I set out a few “tips” or recommendations for both owners and potential investors of Mallorca residential property:

1. If you are a lifestyle purchaser or investor with an income return bias, start looking at the emerging buying opportunities.
2. “BUYER BEWARE” is all about value and ensuring that you buy at an appropriate level and don’t overpay on unrealistically priced properties.
3. Look at new build where good discounts are available (but beware of off-plan unless a bank guarantee backs your deposit(s))
4. Look at properties with “defensive” qualities, as set out in (4) above, for greater short term security
5. Look at land to hold as a long-term investment / to build a home. Particularly rural plots, front line or with magnificent sea views, etc

So what has been the reality of the last 6 months? Have my conclusions been largely borne out, or has hindsight led us to see that we should have reached alternative conclusions? Let’s start by reviewing the statistics and data that have emerged since the March 2010 report and what the so-called specialists say. But before that, let’s enjoy the headline that greeted me this week that none other than the Spanish Prime Minister had just called the bottom of the property market in Spain! While I am immediately cynical when it comes to anything said by a politician, particularly when it is a Foreign PM talking to US investors in a desperate attempt to convince them to buy bundles of government bonds at the lowest possible yield, he did seem to be confirming what I said, namely that we are at the bottom and although it is true that I said it 6 months ago, if prices have largely remained unchanged over that period, then it could be said that it was the bottom then as well as now!

The problem for me is that Zapatero then proceeded to get over-excited, quoting official statistics that indicated that prices were starting to rise in many areas of Spain, i.e., we had touched bottom, and wey hey, we are on an upward trajectory again! So let’s look at the emerging data, starting with ZP’s own Housing Ministry.

National Institute of Statistics (INE) According to new figures from the INE, Spanish property prices rose (quarterly) for the first time in 3 years. More specifically, these figures claim that average prices at the end of June were 1.6% higher than at the end of March, although over 12 months, prices are still down by just 0.9%. For the Balearic Islands / Mallorca, the statistics weren’t quite as rosy but still offered “some positive” news for those desperate to call the end of anything called recession/crisis/market crash, etc.! The overall figures put property values unchanged for the last quarter but down 2% for the year. For new build property, it appears there is a “rebound” with prices up 1.4% even though for the last 12 months prices remain 2.5% down. Second-hand property values were down 1% for the last quarter and 1.6% over 12 months.

Interestingly only Navarra in Northern Spain came out with worse data with a small fall of 0.1% in the last quarter. In other words, what the INE is suggesting is that in all regions, bar Navarra and the Balearic Islands / Mallorca, property prices grew in the last quarter!

It is tough to take seriously figures that tell us that overall Spanish house prices have only fallen 10-12% since their peak in 2007. The fact that the index suggests prices may have started to rise is not surprising had the index registered price falls of 30% or more. The problem is that we are expected to believe that, having barely fallen since the peak, prices are now rising again (at least every quarter) while we are still living out the consequences of the worst recession in living memory, a severe credit crunch, 20% plus unemployment, and a glut of 1 million new homes sitting there empty!

The same INE statistics, but this time for land values, paint on the surface of things a similar picture but equally show where future ongoing price weakness in the market may come from. According to these figures released earlier this month, land prices in Spanish cities fell 14.9% over 12 months to the end of June, although the figures for the first quarter of this year indicate a small 3% rise. That said, this 15% annualized fall in Q2 was the biggest fall on record since the Ministry of Housing started publishing this data in 2005. This put the average cost of building land in Spanish cities at 210.7 /m2. With land values accounting for 30 – 50% of the final value of a property, it is clear that while this trend continues, the floor under the market for new-build housing will remain weak, something which affects the wider market as well. In other words, with land values falling, developers, when they decide to build again, will be able to do so much more cheaply and thus offer them for sale at much lower prices, possibly even lower than what they can today for the existing stock! With the stock of available properties still so high and the prospect that new housing can come on stream profitably at lower levels, it is easy to conclude that general growth in the market (i.e., values starting to rise), as we said in March, is still some way off. Obviously, where the supply side is constrained because of the location, e.g., front line properties, or type, e.g., rural fincas where planning laws are getting much tighter, both of which are very relevant factors in Mallorca, then the outlook may be a little brighter.

Tina (Property Valuation Company): According to Tinsa, average Spanish property prices fell 4.6% over 12 months to the end of August. Furthermore, after 9 months of trending towards smaller price declines, this is now the second consecutive month in which the index shows price falls accelerating, from -4% in June to -4.6% in August. For the Balearic / Mallorca and Canaries Islands, the fall was a little larger and stood at minus 5.3%, taking the overall fall in the index for the Islands down 16% since 2007 compared to 17% for Spain as a whole and nearly 22% % for the Mediterranean coastal areas. While the differences might be expected, i.e., the mainland coastal areas, which bore the brunt of the speculative development boom, have suffered most. All the anecdotal evidence, including actual sales prices, would suggest that, at best, the market has fallen by 25%-30% and somewhat more in the worst-affected areas. (important note: many properties were historically overinflated in terms of asking price at the height of the market and remain so even as we speak today, so here an adjustment might even have to be as high as 50% to get back to true underlying value. Obviously, where a property was appropriately valued at the peak, a 25% reduction might be perfectly reasonable to reflect true current value)

It is important to note that Tinsa’s figures are based on subjective evaluations, and in most cases, these are calculated using asking prices of comparable properties in the region. By nature, therefore, these valuations are likely to lag the market, some say by anything between 12-24 months. In other words, we could quite realistically assume that if Tinsa says the market is still falling and that the pace of fall has started to increase again, then in all likelihood, this trend in falling values could well continue for a few months yet. I might differ from where the figures are going, but the time it is taking for the likes of Tinsa to reflect what has really happened, i.e., they are probably at least 12 months behind the times. Since they base their valuations on asking prices, it is hardly surprising! In other words, the Tinsa figures may call the bottom of the market 12 or 24 months after we really have seen values touch bottom.

Idealista (Real Estate Portal): The latest data for the end of the 3rd quarter and released on 1st October suggested that in Spain as a whole, prices had accelerated their fall to a quarterly figure of 2.7%, leaving the average value at 2,309 m2. While this negative statistic was reflected in most regions of Spain, the Balearic Islands / Mallorca saw property price rises generally and in the various towns (but not all), for which the web portal quotes statistics. Here the overall figure stood at 2,371 m2 in September 2010 compared to 2,286 m2 at the end of the previous quarter and 2,228 m2 in September 20,09, i.e., an annual rise of 6.4% and last quarter increase of 3.7%. 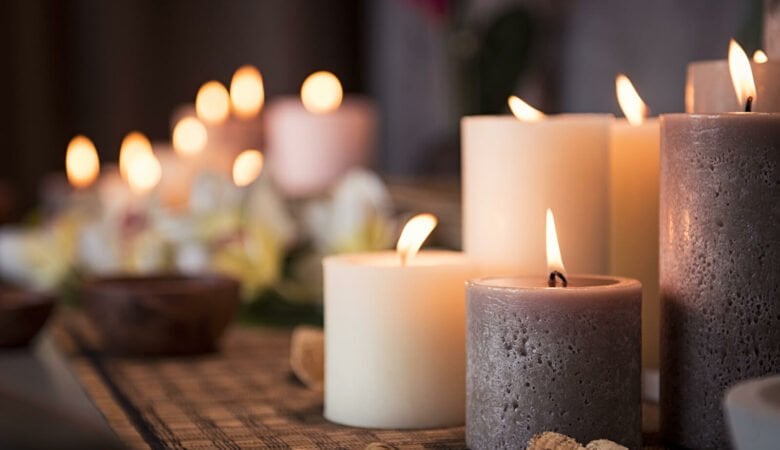 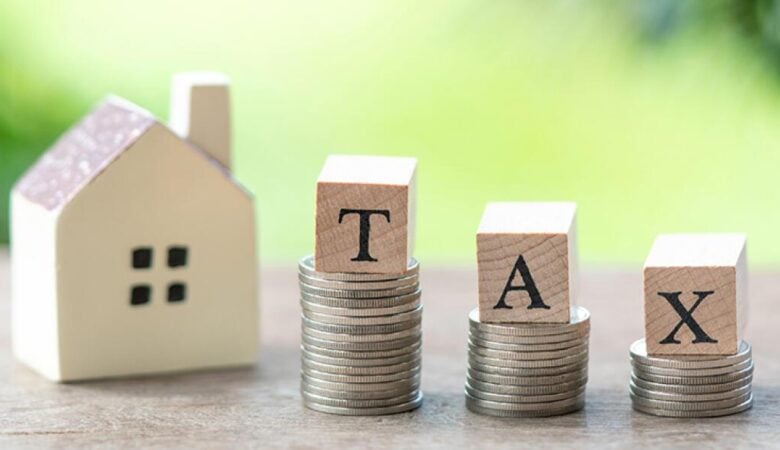 Property Tax Online Payment System – How Does It Work? 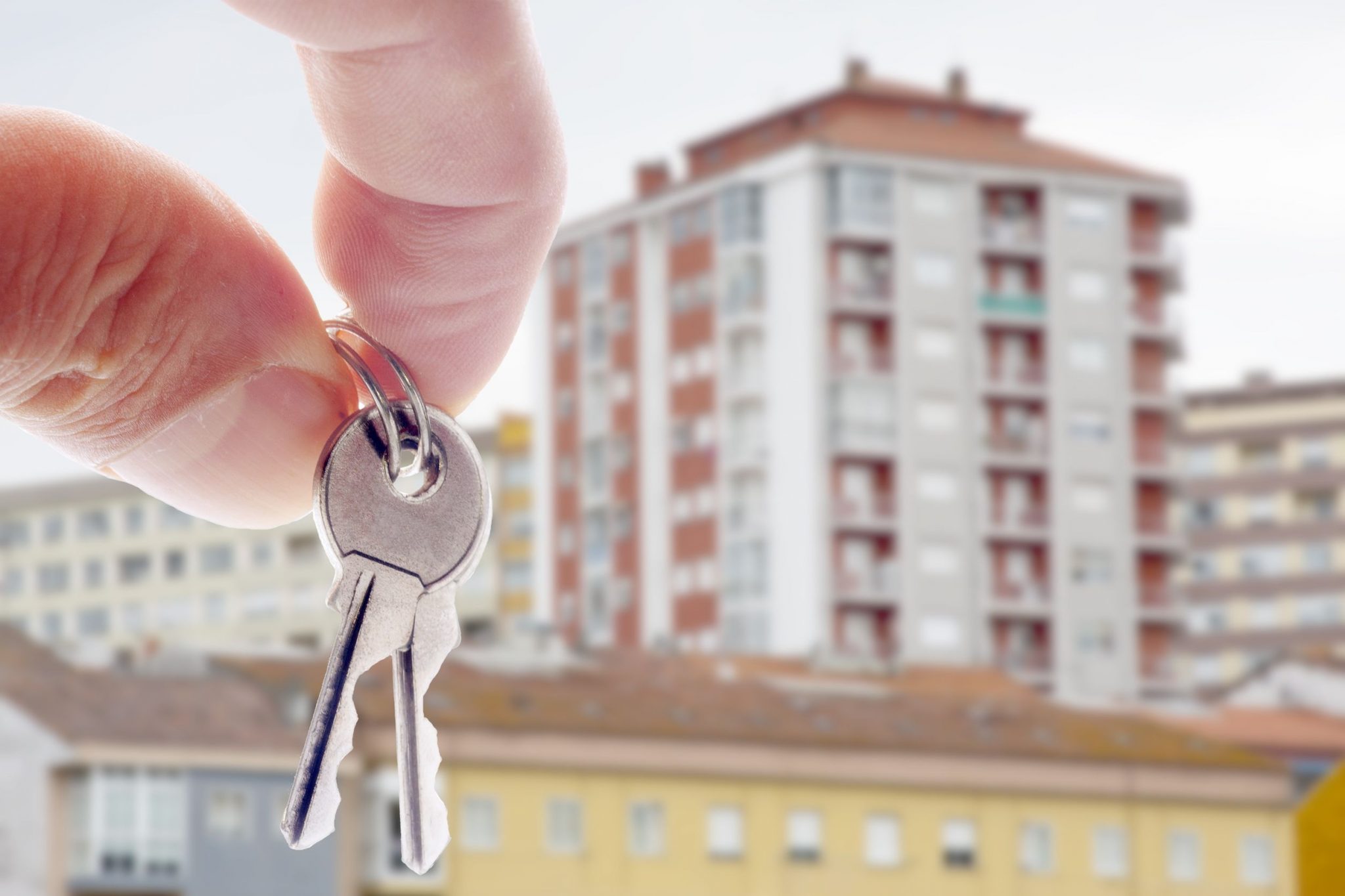 Investing in Property – What Is the Best Way to Buy Rental Property? 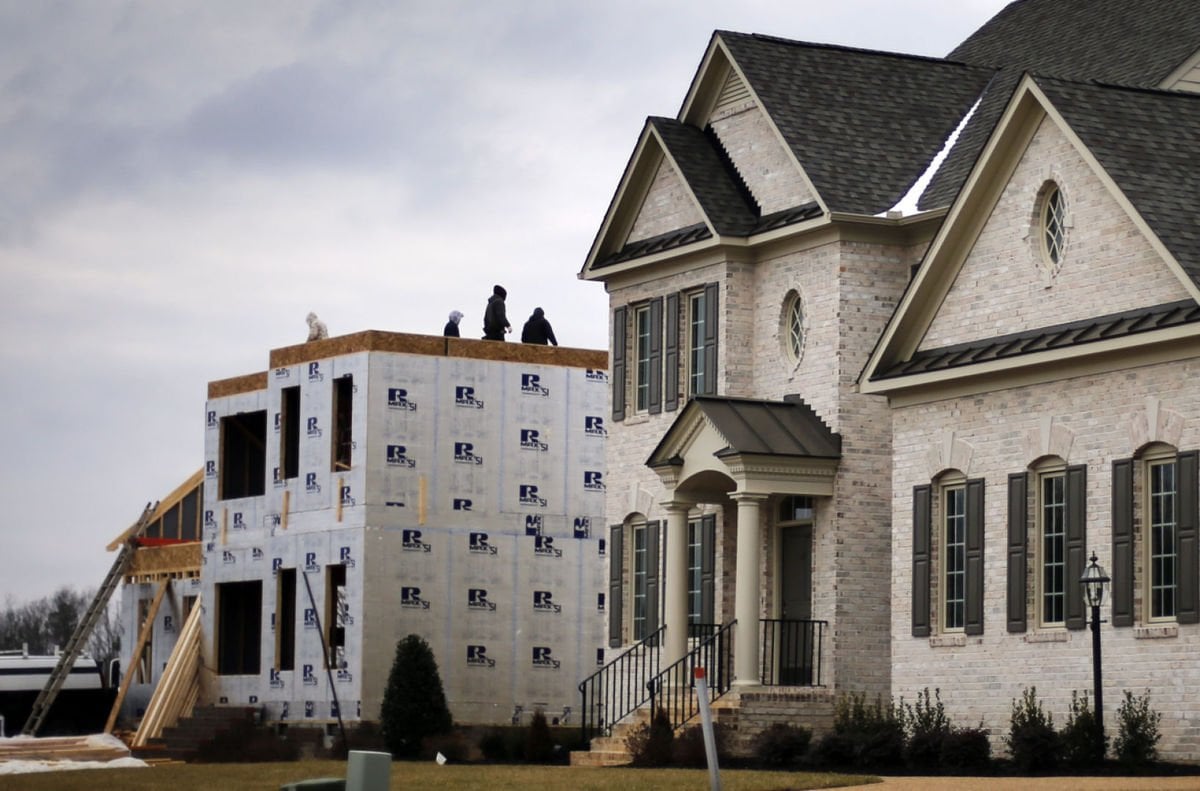