A recent study by a major New York-based online review organization on home security sought to find the role and place of monitored alarm systems in modern home security. And, in that regard, considering the very TOP PRIORITY that Americans place on home safety and the security of their homes, more especially in today’s desperate economy, the very PRIMARY question that the reviewers FIRST sought to find out, was simply this: is a good and dependable burglary alarm system (just assuming a consumer can find one) an effective tool that can deter and prevent home break-ins or burglaries? 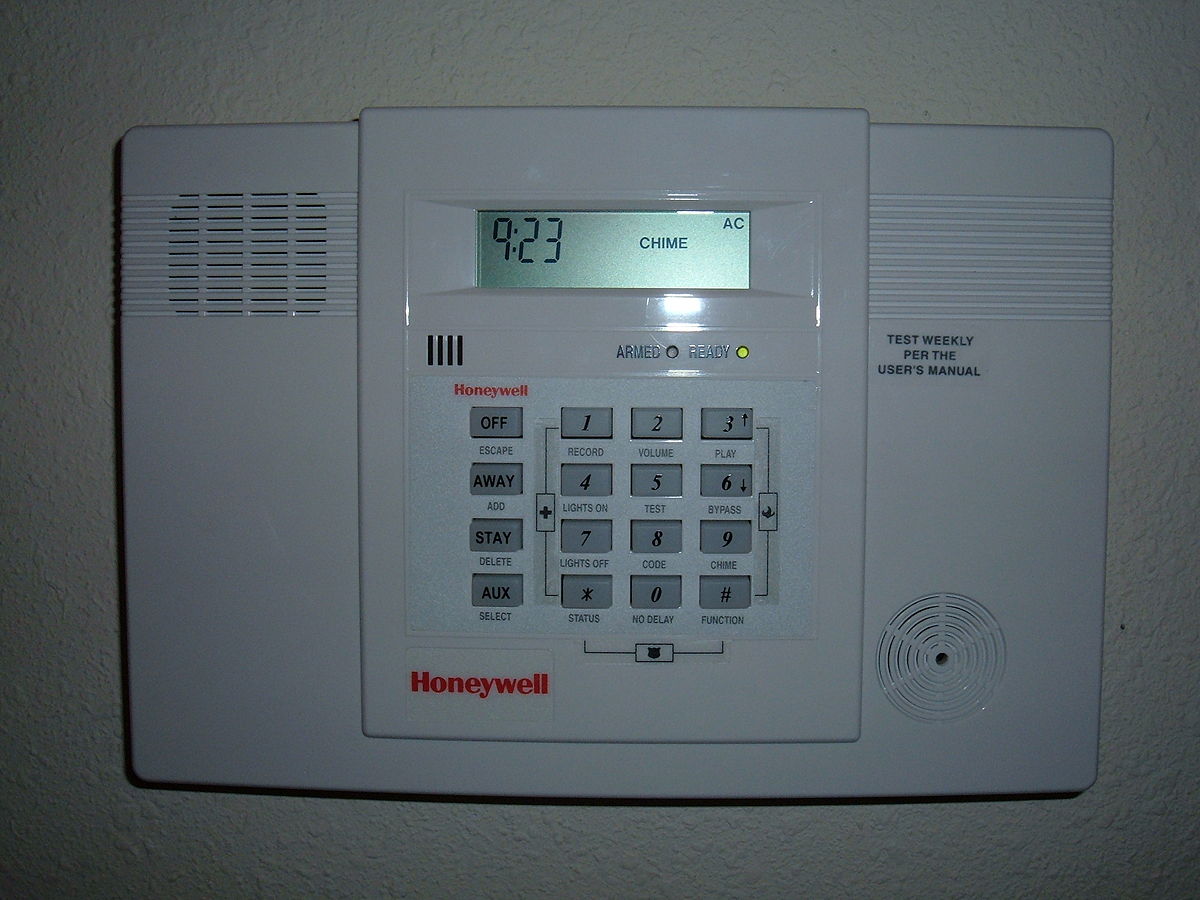 However, from the researchers’ findings, it turned out that the answer to that important question is YES, it is and in a Huge Way. In deed, many numerous investigations, studies, and statistics, reviewed by the researchers, immediately show, empirically, that there’s a high degree of effectiveness for the use of a monitored electronic security system as a deterrent to home break-in and prevention tool to combat burglaries. Such data and studies include the following:

– A recent 2009 Rutgers University study by its School of Criminal Justice, using five years of data, the most comprehensive of its kind ever conducted, scientifically proved that burglars, by a margin of as much as 30 to 40 percent, tend to avoid homes with burglar alarm systems, as the study further found that “an installed burglar alarm makes a dwelling less attractive to the would-be and active intruders and protects the home without displacing burglars to nearby homes.”

– That, indeed, in an earlier study in 1994 that was based on interviews with burglars, “Burglars on the Job,” which had been published by Northeastern University Press, researchers had made a similar finding and had concluded that, “Most offenders, though, wanted to avoid alarms altogether and, upon encountering such devices abandoned all thought of attacking the dwelling.”

– That, according to a Temple University study headed by Professor Simon Hakim, Director of the university’s Center for Competitive Government, a monitored alarm system makes a home three times less likely to be burglarized versus a home without an alarm. Businesses without alarm systems are 4.5 times more likely to be burglarized than those with electronic security systems. And, finally, losses due to burglary average $400 less in residences without alarm security systems.

– That, according to the confession made by the burglars, 9 out of 10 convicted burglars admitted that they would avoid making a burglary attempt altogether on a house that’s protected by an alarm system. (U.S. Department of Justice study, 1999).

– That, an effective home security system (but one from a reputable home security company) makes a home 3 times LESS LIKELY to be burglarized, according to a National Burglar and Fire Association study (2004). Additionally, however, the 2009 study by Rutgers University, first cited above, found that though having a residential burglary alarm system in a home does, indeed, decrease crime by as much as 30-40 percent, it does so, though, not just on the property only that has the alarm system, but in the ENTIRE surrounding area.

– That installation of electronic security products by Americans and use of professional services (and the spending) on them has been growing at an estimated 4.3 percent per year (STAT Resources, Inc., a Newton, Mass, full-service market research organization
it is specialized in such matters).

– That 94 percent of home alarm owners are satisfied with their alarm systems (Prof. Simon Hakim’s study of Temple University).

– According to a Board Resolution passed by the International Association of Chiefs of Police in 1994, alarm systems, providing, though they are professionally installed and monitored, are useful instruments to deter crime and provide peace of mind for residential users and business owners. (International Association of Chiefs of Police, Alexandria, Va.).

It’s Probably the Single Most Effective Solution to home burglary…

In point of fact, having a well-monitored burglary alarm system is not only vital and effective as a burglary deterring tool. But, according to security experts, pound-for-pound, having a monitored home alarm security system, which they strongly emphasize MUST be a good and reliable brand, is perhaps the best and SINGLE MOST EFFECTIVE SOLUTION that one could Institute has a home that scares away potential burglars and keeps them away from your home, and your family safe.

And why is that?

Becauseitstremendous “deterrent effect” power or factor. Says Chris E. McGoey, an internationally acclaimed expert and probably one of the foremost authorities on home security management in America who often works with the media on home violence, crime, and burglary prevention and is a frequent expert witness in court cases on such matters throughout America, who was consulted by study’s reviewers, among other sources, “alarm systems deter burglaries because they increase the potential and [provoke in the potential burglar the] fear of being caught and arrested by the police. The deterrent value comes from the alarm company lawn signs placed in the protected premises and from the alarm decals on the windows. Home and apartment burglars will usually bypass a property with visible alarm signs and will go to another property that does not have such a sign.”

BOTTOM LINE: Overwhelmingly, by the overwhelming amount of data accumulated by the expert researchers of this New York investigative office, the almost conclusive finding of the researchers is that the mere fact of just having a good, professionally installed and monitored ELECTRONIC HOME SECURITY SYSTEM ALONE, DRASTICALLY REDUCES the possibility of having a BURGLARY in a home, and hugely DETERS BURGLARS from hitting home. (Just as it does, as well, in respect to other important risks and
emergencies).

KEY: THE MONITORED ELECTRONIC SECURITY SYSTEM MUST BE THE RIGHT ONE & QUALITY

ONE OTHER CRITICAL FINDING OF THESE RESEARCHERS, THOUGH THIS: What is probably of the most critical importance of all, however, is that you choose an electronic system that is of THE RIGHT brand from a quality company. Like any other industry, there are good brands and companies and bad brands and companies.

Indeed, according to this finding, as a homeowner or consumer, if you choose the improper or wrong home security system, or, even worse than that, the wrong or unreliable company that provides or installs the system for you, you stand a serious chance of sustaining serious break-ins, and even risk to life, that is just primarily attributable to that specific factor alone! Furthermore, that you may, instead, possibly find yourself in even worse shape than you were before you first went to the home security system.

So, for the homeowner interested in getting that GOOD home electronic home security system that you must have, how do you know or find it? This, indeed, is the critical task and test that confronts such a homeowner. Choosing home security and burglar alarm system, especially a high-quality one that is the most proper and fitting type for you and which will be unfailing and dependable, can be one of the toughest things for any homeowner ever.

This is primarily because there’s such a great multitude and wide variety of house security and alarm systems and security companies in the market. Just perusing local telephone directories or Internet searches will quickly yield you many home security companies in any one of the major cities, which can often be most confusing for almost all but the most expert of security eyes.

In fact, by the same recent study, there are some moderate to major 2,500 to 3,400 outfits that present themselves as security companies or marketers of such items across America. And out of these, a consumer or homeowner is supposed to pick out just ONE to secure their home or property. Furthermore, just as importantly, in trying to compare the various security systems to pick out the best and proper one for you, you must also have a pretty good idea and understanding of exactly which types of important security features are offered by each option.

Hence, the toughest part of all aspects for consumers in trying to get a home security system is the consumer being able to pick just ONE company out of such a huge number of different security systems, as well as the companies which sell them, each of which is hotly competing with the others to see which can out-do the other in making fabulous advertising claims about their own individual products — through a constant flood of advertisements on the Internet, by radio and TV, by newspapers and billboards, etc. And each of whom, of course, will claim excellence and high quality for the brand they provide customers, and all of whom will say, of course, that their own particular brands of the product (and the related services), is the very greatest and the very best quality! So, how the heck can the average person tell the good ones from the bad ones?

In short, the CENTRAL question for the average homeowner is: how do you know enough to know which one out of the several thousands of brands that exist today in the home security system is any good, and which one is reliable and of the right pick quality? Consequently, the work of the independent researchers in this latest study led them to devise a systematic program by which they assembled all the major home alarm systems from across America and tested, evaluated, graded, and ranked them to arrive at the best of the best home security system for consumers in the United States today.

It designates, through an objective, data-based set of criteria and mathematical formula, the best of the best home security monitored electronic systems available among the whole global pack, and methodologically evaluates, scores, rates, and ranks them to produce the Top Dozen Home Security Systems, and then the Top Number #1 Home Security System in the whole industry. 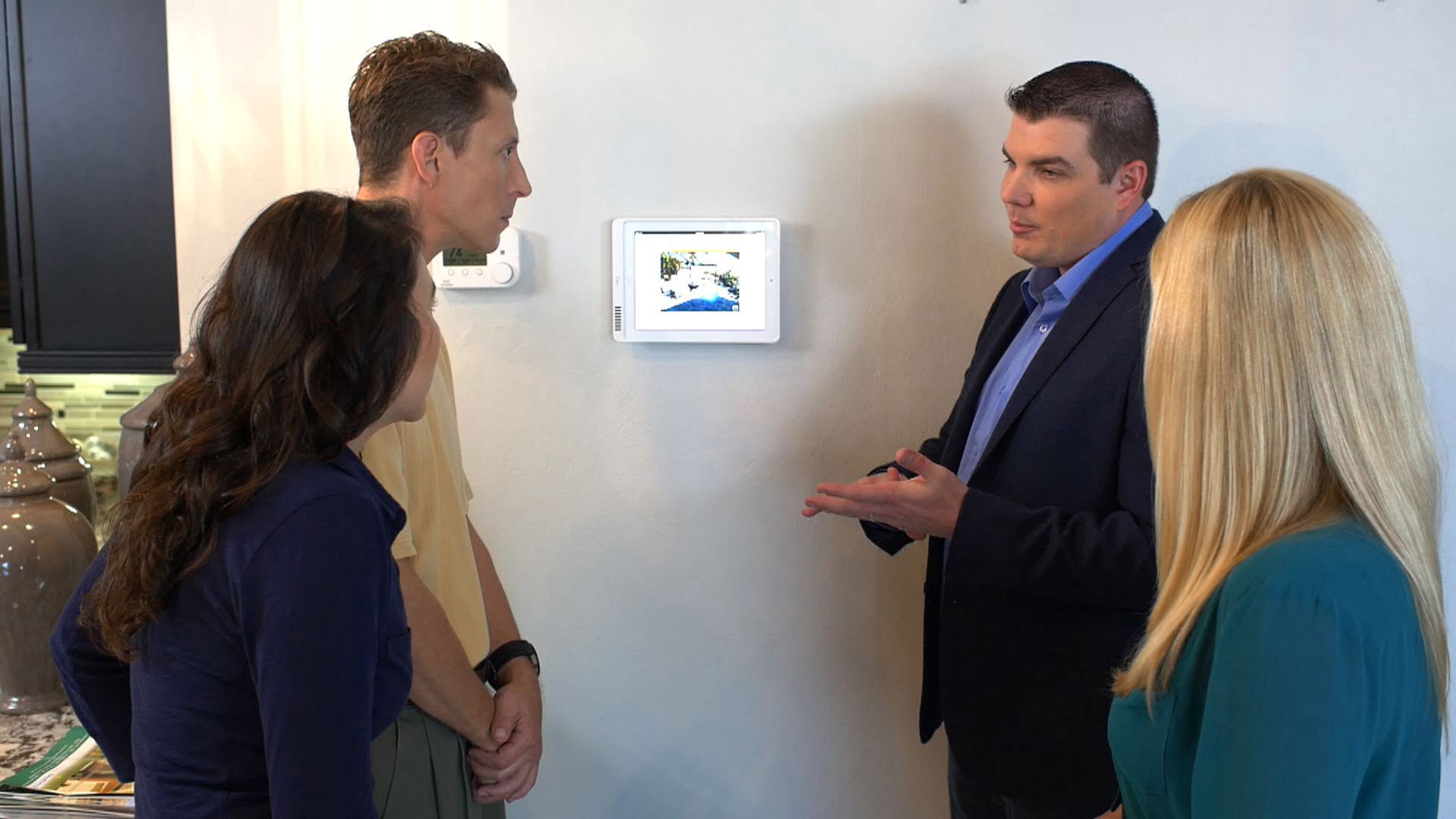 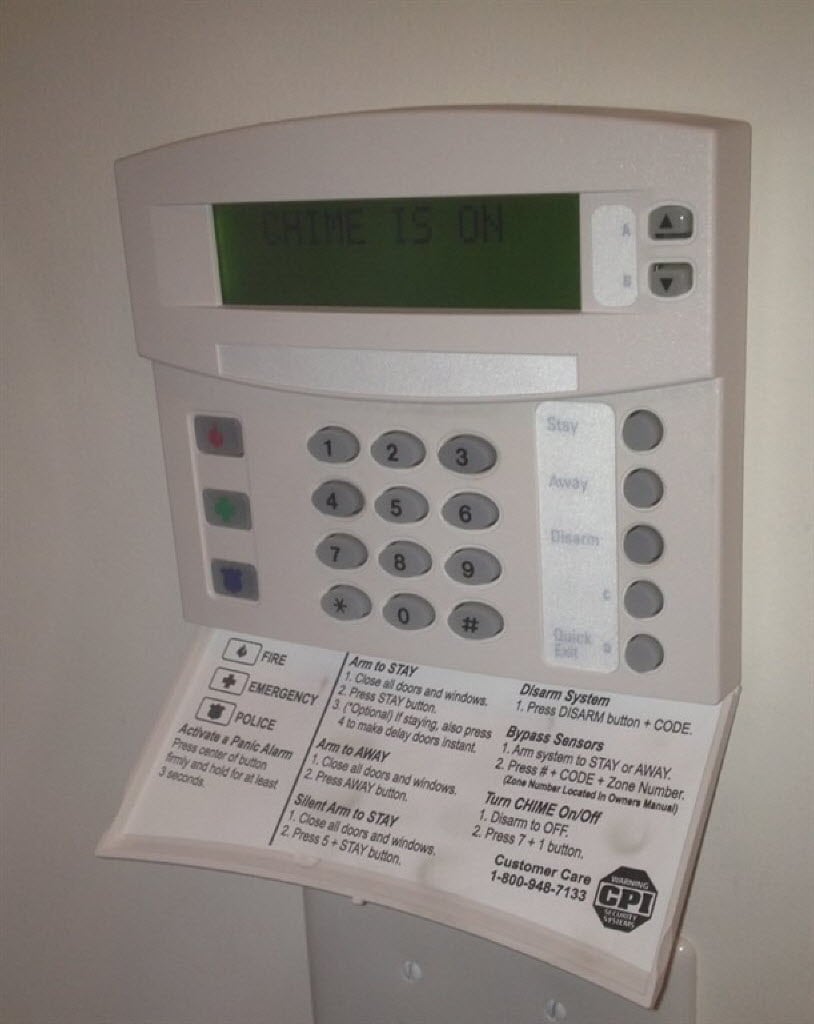 Installing Your Own Home Security System 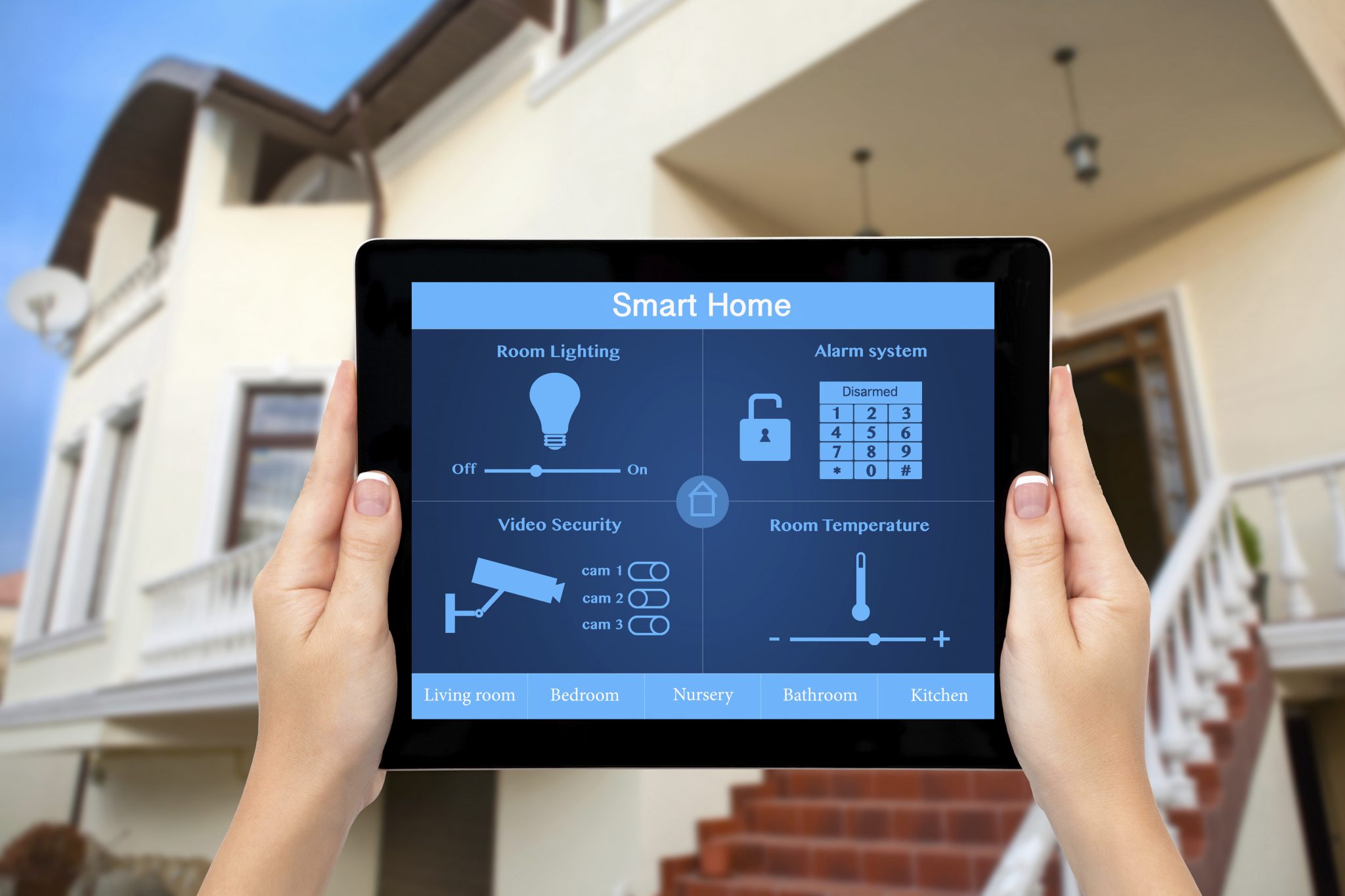 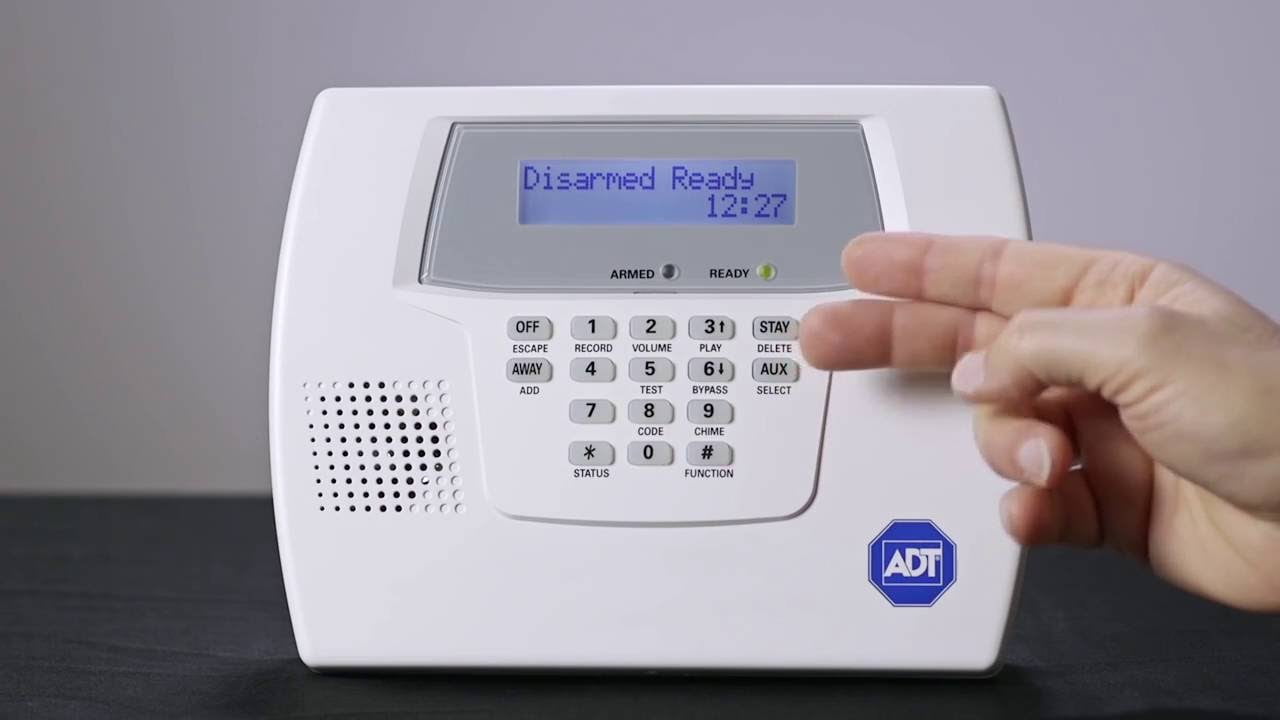