A Brief Theology of Sports

Priscilla LeeSeptember 6, 2022Comments Off on A Brief Theology of Sports0984

Several years ago, I was a speaker at a camp for young people. When the first group game time came, one of the leaders told a parable based on Genesis 1-3. He described the joys of playing games in the Garden of Eden, where the emphasis was simply on the joy of play. But one day, the serpent entered the garden and tempted the Eden-dwellers with the idea of points. They gave in to the temptation and began keeping score in their games, and this led to all kinds of evils – competition, lust for winning, cheating, anger, and fights. They lost the simple joy of play. 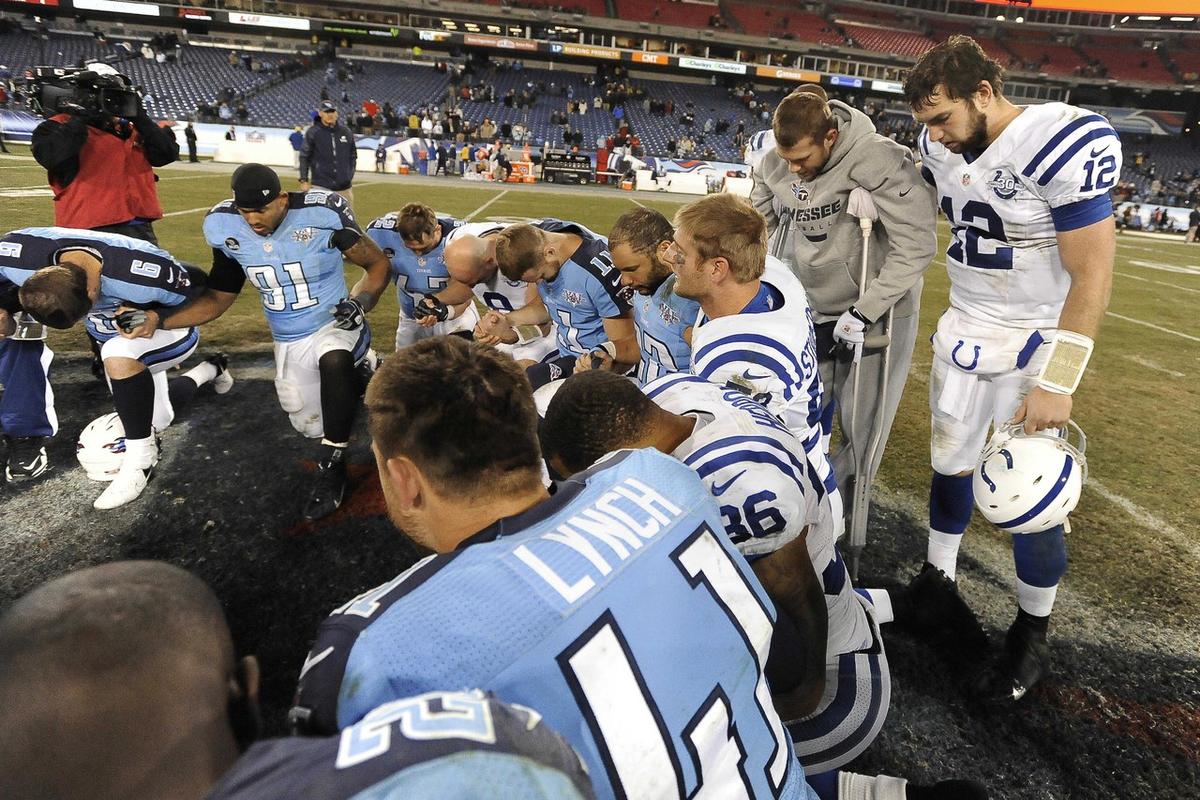 The leader told this parable to let the young people know that they would be introduced to non-competitive games this week at the camp. There were no points, no winners or losers, just the joy of play. But there was one serious problem – the games were totally and completely boring. Day after day, less and less of the young people showed up for the game time so that at the last one, there were only a handful of young people there.

If you don’t like that title, you can think of it as, “Why we should watch the Super Bowl!” is this an accurate portrayal of a theology of sports? Obviously, I don’t think so. I want to present a brief and broad theology of sports.

History can be summed up in three words: creation, fall, redemption. So when you are looking at the theology of an issue, you need to ask: What is its relation to or reflection of creation, of the fall, of redemption? In considering the issue of sports, I have added two further words to expand our consideration – incarnation and salvation (both of which are, of course, tied to creation, fall, and redemption).

Creation – God could have created everything to be gray and serviceable. Rather, He created a great diversity of color, size, shape, smell, texture, sounds, and tastes. Why did He do this? He did it so that the creation would reflect His person and, in particular, His beauty. The creation is a work of art. It is a masterpiece of function and form.

Sports are a reflection of this creative activity of the Lord. They also combine visual art (painted fields/courts, team colors, and logos) and performing arts (the actual play). Sports reflect the function and form of creation. There is beauty in a play that is run to perfection, in a well-thrown ball, in a diving catch, in turning a double play. Those things can bring excitement and happiness because they reflect the way the world was created to be. They are a display of art (or artistry, if you prefer).

The Lord also created things in a specific order, not in a haphazard way, and He placed within the creation laws or rules by which nature operates. Sports also have an order to them and have rules by which they operate. Just as there are consequences for rebelling against the created order (such as disregarding gravity), there are consequences for not following the rules in sports. Sports reflect the nature and principles of creation. As in nature, this reflection, when done well, honors the Lord and gives the fan joy.

Fall – In the fall, man rebelled by sin, and the curse which resulted from that fall touches every part of everything – there is nothing that escapes. There are sins of attitude as well as sins of action. This means that we would expect to see evidence of the fall in sports, and, of course, we do.
The deadliest of these sins is the idolatry of sports – when it holds the highest place in the affection of the heart and the thinking of the mind. When life is planned around when games are played or when a person’s entire outlook is impacted by whether his team wins or loses, he has crossed the line into an unhealthy and sinful obsession.

There are also other wrong attitudes – when winning becomes the only thing that matters when a person will do whatever it takes to be successful, when personal glory becomes the end-all when people become arrogant or angry. These are all signs of the fall. The fall is reflected in sports by actions such as using steroids, fixing games, corking bats, bench-emptying brawls, and a host of other things.

Incarnation – We are embodied beings, and the incarnation validates that our bodies are more than mere containers for our souls. Even our eternal state will consist of bodies – glorified bodies but bodies nevertheless. The Christian life is not about condemning the body but bringing it into subjection to honor the Lord.

Sports are one of the things that help us to do that. Playing a sport requires discipline, and the body’s discipline for sports can carry over into our spiritual lives. Sports require determination, delayed gratification, a toughening-up of the body. Sports can also teach how to work with a team, how to submit to authority, how to encourage those not as naturally gifted as others, how to hit hard. And they teach patience. Even time on the bench can be sanctifying.

Sports are one way to honor the truth and reality of the incarnation and glorify God by using our bodies in God-honoring ways. Salvation – The history of salvation is a drama. A drama, to be effective, depends at the least on knowledge, motion, and timing. In the drama of salvation, the Lord had a game-plan, knowledge, before the beginning of time. At the creation, this game-plan was put in motion, known as the people and events of unfolding history. And it was all done according to God’s timing – Galatians tells us that Christ came in the fullness of time. That drama continues today. It is what C.S. Lewis called the true myth.

This dramatic notion of knowledge, motion, and time is reflected in sports. The knowledge is seen in the plays and strategies that are a part of sports. The motion is seen in the carrying out of those strategies, and they are only successful if the timing of everyone involved is correct. Sports portray drama action and also have that mythic aspect to them. It may be that part of sports appeal comes from the fact that they are universal in human life. Some would say that sports transcend entertainment and take on a significant meaning in the lives of people who enjoy and devote time to sports.

The heart of our salvation is the saving work of Christ – he gave himself for us, body and blood. Sports are one of the only areas in life where you can offer your body for the good of others. Many plays in sports – a block, a diving catch, a physically demanding gymnastic routine – are the giving up of the body for the team’s sake. This is a display of the gospel.

Redemption – Redemption is the delight in restoration. When that redemption is accomplished completely at the consummation, it becomes glorification – that will be full joy and unhindered delight. The joys and delights of this life are gifts of grace. They are never completely satisfying, but they give a taste of what that complete satisfaction will be like.

Sports, for the fans, are one of those gifts that bring joy and delight (also, at times, disappointment, so we learn how to deal with that in a healthy and godly way). They are to be enjoyed in themselves for what they are – a gift of grace. The enjoyment never lasts or is total, but a taste of that complete satisfaction causes us to long for more. So while a sport can be enjoyed in itself, it points us to more than just this momentary enjoyment; it reveals the longing for everlasting joy. The sports fan who recognizes this greater purpose is viewing that enjoyment from a biblical perspective. Temporal enjoyment is a gift, but it is not an end. When treated as an end, it borders on the idolatrous. We must train our joy to be experienced as part of God’s purpose.

Like all other things in life, we take sports captive and make them obedient to Christ. Sports viewing and sports participation can become transforming activities when we view sports as one of the ways that God is extending to us His grace and recognizing that it is a means to long for the greater joy that only Christ can give.

There is much more that could be said. I have not even touched on Paul’s use of sports language and sports as a metaphor for the spiritual life. I have not talked about how sports can be used as an evangelistic tool to spread the gospel. I have not mentioned how sports should blend physical strength and courage with meekness and love. I have not referred to the relationship between sports and our spiritual warfare. But I hope I have given enough to make you think – and perhaps to think of sports a little differently than you have before.